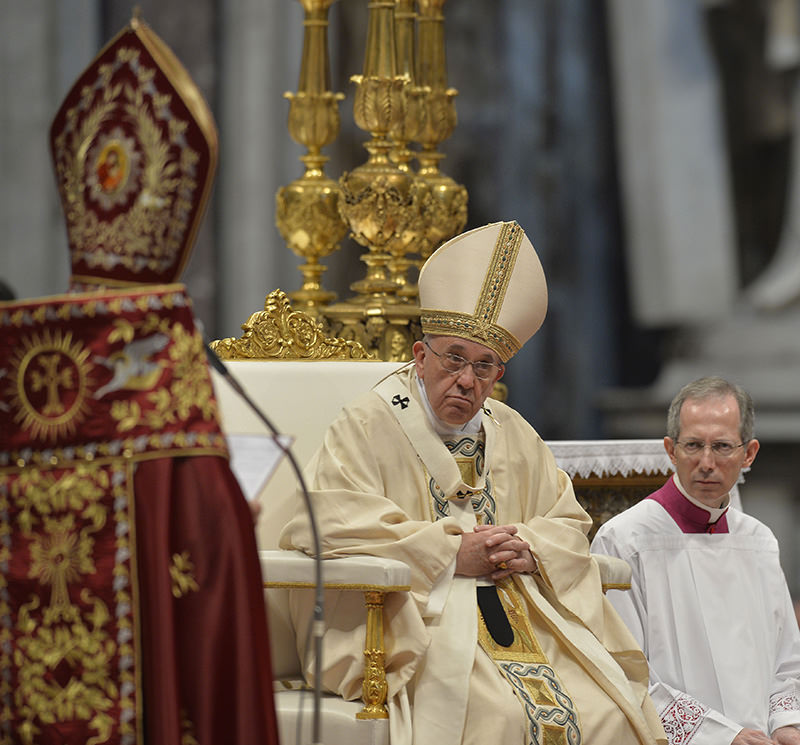 The Foreign Ministry has summoned Vatican's Ambassador to Turkey Antonio Lucibello after Pope Francis referred to the 1915 incidents involving Armenians as genocide.

Foreign Minister Mevlüt Çavuşoğlu also slammed the pope's position: "The pope's remarks, which are both historically and juristically far from the truth, cannot be accepted. Religious bodies are not there to instigate hatred with unsupported claims," he said in a message he posted on his Twitter account.

Pope Francis held a service in the Vatican City commemorating the Armenians who lost their lives in the 1915 incidents. The spiritual leader of the world's estimated 1 billion Catholics held a service lasting about one-and-a-half hours at St. Peter Basilica on Sunday.

Despite calls for contribution to a reconciliation between Turkey and Armenia, and also to call historians to examine archives to study the 1915 incidents, Pope Francis opted to take a political stance and said: "The first genocide of the 20th century struck Armenians."

Armenian President Serzh Sargsyan; Catholicos Karekin II, the current Catholicos of All Armenians and also the supreme head of the Armenian Apostolic Church, and Aram I Keshishian, the head of the Catholicosate of the Great House of Cilicia, also attended the service.

The 1915 events took place during World War I when a portion of the Armenian population living in the Ottoman Empire sided with the invading Russians and revolted. The Ottoman state forcibly relocated Armenians to eastern Anatolia following the revolts and there were some Armenian casualties during the relocation process.

Armenia has demanded an apology and compensation while Turkey has officially refuted Armenian allegations over the incidents saying that although Armenians died during the relocations, many Turks also lost their lives in attacks carried out by Armenian groups in Anatolia.

The Turkish government has repeatedly called on historians to study Ottoman archives pertaining to the era in order to uncover what happened between the Ottoman government and its Armenian subjects.

The debate on genocide and the differing opinions between the present day Turkish government and the Armenian diaspora along with the current administration in Yerevan still generates political tension between Turks and Armenians.

Turkey's official position against allegations of genocide is that it acknowledges the past experiences were a great tragedy and that both parties suffered heavy casualties, including hundreds of Muslim Turks.

Turkey agrees that there were certainly Armenian casualties during World War I, but does not recognize these incidents as genocide.
Last Update: Apr 12, 2015 6:59 pm
RELATED TOPICS