Turkish MFA: Train-and-equip program with US will continue as planned 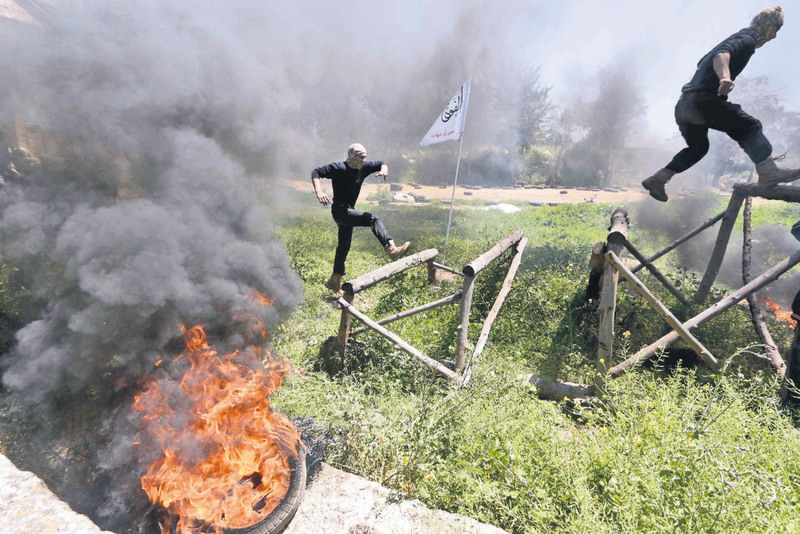 by Ali Ünal May 08, 2015 12:00 am
The Ministry of Foreign Affairs announced on Friday that the train-and-equip program for moderate Syrian opposition forces with the U.S. will continue as planned. During his weekly address to the press, Foreign Ministry spokesman Tanju Bilgiç also refuted the article in a Turkish news outlet on Friday that claims the agreement between the U.S. and Turkey is on the brink of collapsing due to the uncertainty surrounding the definition of the enemy and therefore the program will not start in Turkey. "It is completely baseless and speculative. Preparations for the program are continuing as planned and there are no obstacles regarding it," Bilgiç said.

Turkey and the U.S. inked a deal on Feb. 19 to train and equip moderate Syrian opposition forces with the aim of achieving a political transformation in war-torn Syria on the basis of the Geneva Communique. In line with the agreement, Syrian opposition forces will be trained in the central Anatolian province of Kırıkkale, National Defense Minister İsmet Yılmaz said in early March. However, due to the transportation of weaponry and the formation of fighting units taking time, the program will start three months after the agreement was signed.

Regarding the scope of the program, Bilgiç underlined that Turkey's aim with the train-and-equip program is to establish a political transformation and create a more skilled Syrian opposition. Stating that the program will begin in the upcoming days, Bilgiç added they are unable to provide the specific locations of the program because it is defined as operational details.

Foreign Minister Mevlüt Çavuşoğlu told Daily Sabah last week that the program will begin on May 9. "There is no political or other issue. At first, 300 people will be trained, followed by the next 300 and, at the end of the year, the number of trained and equipped fighters will reach 2,000," Çavuşoğlu said. He further added that the U.S. and Turkey share the same view of a Syria without President Bashar Assad.

In addition to Turkey, the program will be run in Qatar, Jordan and Saudi Arabia with the aim of training 5,000 people in one year, and 15,000 people over three years. Turkey has continuously expressed that a comprehensive strategy that includes safe and no-fly zones in Syria along with training opposition groups, is necessary for a permanent solution to the war in the neighboring country.
Last Update: May 09, 2015 1:51 am
RELATED TOPICS