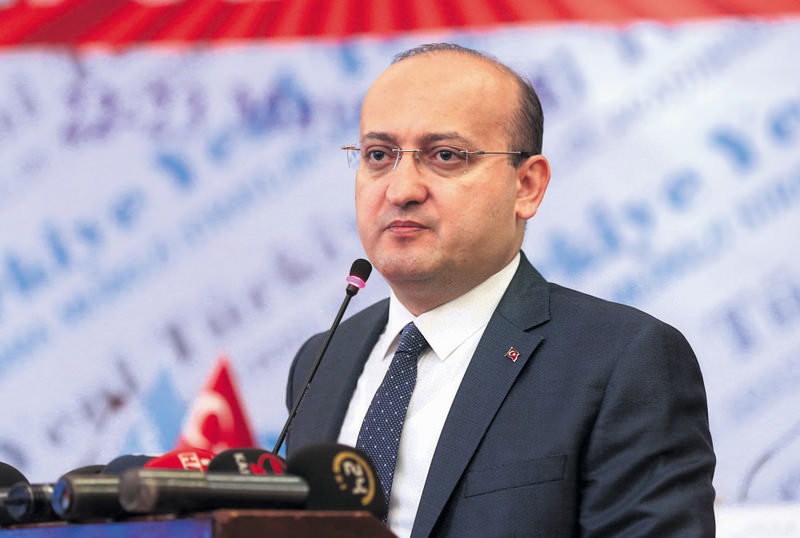 by Daily Sabah May 22, 2015 12:00 am
Deputy Prime Minister Yalçın Akdoğan said on Friday that while Turkey has taken steps to normalize relations with Armenia, it has received no response. Attending the "International Conference on the Armenian Question: Myths and Realities," organized by the New Turkey Center for Strategic Research in Ankara, Akdoğan said: "They are the ones who always leave the table," referring to government officials from Armenia. Regarding the European Parliament, which adopted a resolution in April defining the 1915 incidents as the genocide of Ottoman Armenians, Akdoğan argued that, "Parliaments cannot write history and they cannot issue legal judgments."

The 1915 events occurred during World War I when a part of the Armenian population living in the Ottoman Empire sided with invading Russians and revolted.

The relocation of Armenians by the Ottoman state to eastern Anatolia following the revolts resulted in numerous casualties.

Turkey does not dispute that there were casualties on both sides, but rejects calling the events genocide. Instead, it calls for a joint commission of historians to be established and archives to be opened in order to study and uncover what happened between the Ottoman Empire and its Armenian subjects.

"We said that we are opening the archives. Then we called for the establishment of a joint commission. But, there was no normalization of relations with Armenia. The other part is that [Armenia] always alleged excuses," said Akdoğan.

At the conference, the head of the Turkish History Association, Refik Turan, said: "Turkey has sufficient documents on this issue, which are in measure to answer all the questions."

The head of the center, Hasan Celal Güzel said: "This question is an issue that should be analyzed scientifically by historians. It is not possible to change the historical facts by abusing the domestic politics of the countries."

Speaking on the issue last month, President Recep Tayyip Erdoğan said that Turkey is ready to open up all of its archives including the military archives in order to settle the controversy between Armenia and Turkey over the 1915 events. Erdoğan reiterated that historical documents about the 1915 events were open to all for analysis and called on Armenia and other countries to open their archives as well.

During the speech, Erdoğan called the Armenian claims concerning the 1915 events baseless, and said that resolving the Armenian issue should be handled by historians rather than parliaments and governments. He also underlined that Turkey has no problem with the people of Armenia, and the controversy was caused by the Armenian diaspora and said that he believes that the two countries will find a common ground to resolve the issue.
Furthermore, a U.S. congressman has submitted a resolution in April, urging President Barack Obama to work toward reconciliation between Turkey and Armenia.
Last Update: May 22, 2015 10:57 pm
RELATED TOPICS