US looks forward to working with Turkey's new parliament and gov't 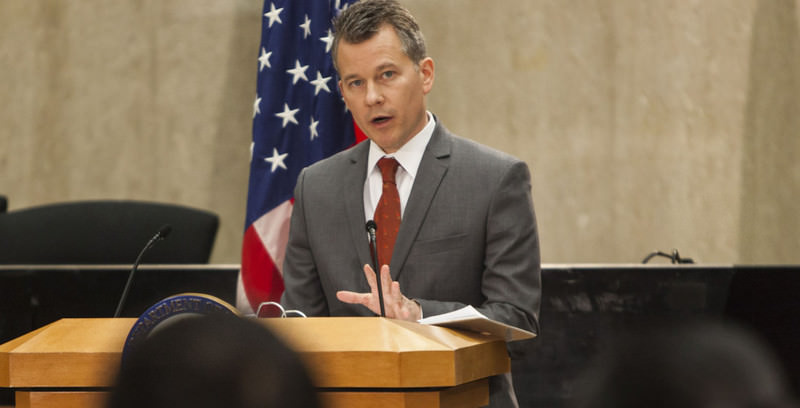 by Anadolu Agency Jun 08, 2015 12:00 am
The U.S. welcomed Turkey's parliamentary elections Monday, saying the polls reflect the lasting spirit of the country's democracy.

"Early indications suggest the elections reflect the will of over 50 million Turkish citizens who exercised their right to vote, as well as the enduring vitality of Turkey's democracy," State Department spokesman Jeff Rathke told reporters. "The United States looks forward to working with the newly elected parliament and with the future government."

Turkey's Justice and Development Party (AK Party) won its fourth consecutive general election Sunday but was unable to gain the majority needed to form a government.

The pro-Kurdish Peoples' Democratic Party (HDP) passed the 10 percent threshold with 13 percent of the vote to take 80 seats - the first time the party entered parliament.

More than 86 percent turned out to vote for the Grand National Assembly's 550 deputies.

Because no party gained a majority, Turkey now faces the prospect of a minority government, a coalition or an early election.
Last Update: Jun 08, 2015 11:46 pm
RELATED TOPICS