Turkey's Foreign Minister Çavuşoğlu: Talks with Israel nothing new, our demands for normalization are clear 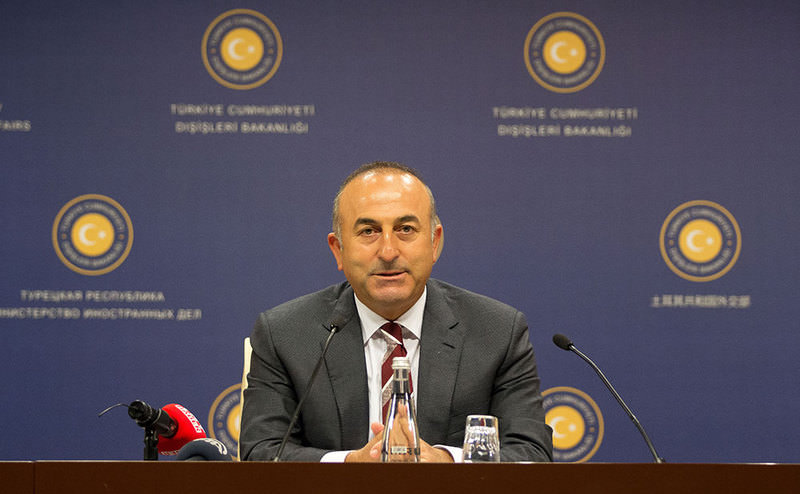 by Daily Sabah Jun 24, 2015 12:00 am
Foreign Minister Mevlüt Çavuşoğlu has approved of claims by Israeli media that after years of sour relations Turkish and Israeli diplomats have come together at a meeting in Rome; however, he said Turkey's demands for normalization of ties with Israel are clear. "One of our three demands [an official apology by Netanyahu] has been met. The other two demands – compensation to the families of victims [who were killed by Israeli Defense Forces in international waters] and removal of the blockade on Gaza – should be met in order to normalize relations," said Çavuşoğlu.

According to the Israel-based Haaretz daily, Foreign Ministry Undersecretary Feridun Sinirlioğlu held a meeting with Israeli Minister of Foreign Affairs Dore Gold in Rome seemingly to resume talks about a reconciliation agreement between the two states after ties have remained frozen for over a year.

It has also been reported that Gold, who is a close associate of Israeli Prime Minister Benjamin Netanyahu, did not inform the Israeli National Security Advisor Yossi Cohen or Netanyahu's previous special envoy to Turkey, Joseph Ciechanover, who has handled ties with the Turkish government for five years. Sinirlioğlu was also the Turkish ambassador in Tel Aviv between 2002 and 2007.

In March 2013, during U.S. President Barack Obama's visit to Israel, Netanyahu apologized to President Recep Tayyip Erdoğan on the phone for the Mavi Marmara incident in which six civilian ships in the aid flotilla were attacked in international waters by Israeli commandos on May 31, 2010, as they tried to break Israel's blockade of the Gaza Strip. While nine Turkish activists were killed and 30 other people injured, including one activist who died nearly four years after being critically injured, the event led to the deterioration of relations and the expulsion of the Israeli ambassador in September 2011. However the apology by Netanyahu in 2013 was not followed by an agreement on compensation or the total lifting of the blockade on Gaza and consequently, relations have remained at a low level though some diplomatic attempts have been made.