Turkey, US agree to bolster ties, discuss use of İncirlik air base 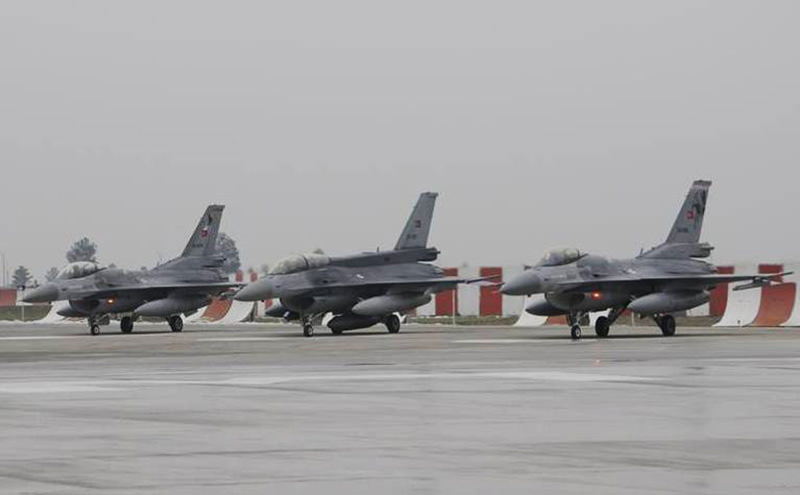 | IHA Photo
by Daily Sabah Jul 08, 2015 12:00 am
During a two-day meeting between top U.S. and Turkish officials in Ankara, the two NATO allies agreed to strengthen bilateral relations, Foreign Ministry sources said on Wednesday. The use of the İncirlik Air Base in Adana province for military strikes against the Islamic State of Iraq and al-Sham (ISIS) by coalition forces was reportedly one of the main issues that the U.S. and Turkish officials discussed.

The İncirlik Air Base has been subject to intense negotiations between Ankara and Washington for a long time, but an agreement has yet to be reached. However, according to sources, Turkish and U.S. officials were close to a deal after talks on Tuesday for the deployment of U.S. warplanes to İncirlik as part of efforts to degrade and destroy ISIS in Syria and Iraq. Accordingly, Ankara principally agreed to open the air base to coalition forces for operations that are mutually planned by the U.S. and Turkish military.

The visit came after Turkey demonstrated its commitment to take necessary measures, including a possible military operation, to secure its border with Syria from the increasing threat posed by ISIS and another refugee influx. Ankara's concern about mass displacement of Turkmens and Arabs as a result of the Kurdish Democratic Union Party's (PYD) People's Protection Units (YPG) in Tal Abyad in Syria after driving out ISIS was one of the main issues discussed. In recent weeks, top Turkish officials, including President Recep Tayyip Erdoğan, voiced concern about this, claiming coalition forces conducting airstrikes in the region to push back ISIS seem like they are targeting Turkmen and Arab Syrians who are forced out of their homes due to the clashes. However, recent developments signal that Turkey's concerns on the issue seem to be understood by U.S. officials.

Last week, U.S. ambassador to Ankara John Bass said the U.S. has forwarded Turkey and the U.S.'s mutual concerns about preserving Syria's territorial integrity to the PYD after the group took control of territory in Syria from ISIS. Prime Ministry sources also share a similar view. "We observe that coalition forces are more sensitive toward Turkey's concerns. This development pleases us," a high level source from the Prime Ministry said on Tuesday.