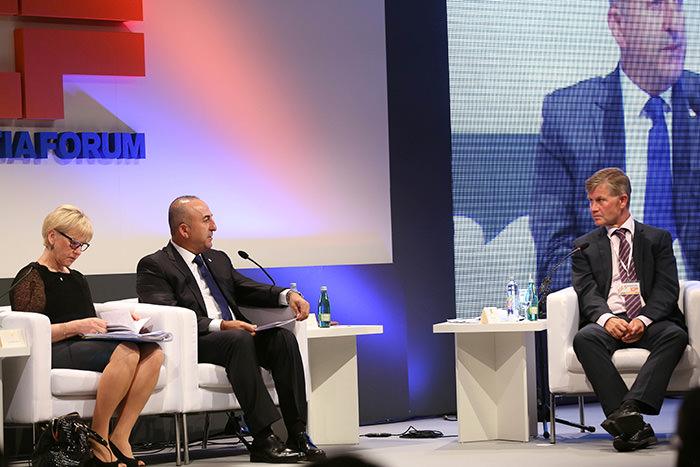 Mevlüt Çavuşoğlu was speaking on Friday at the tenth Croatia Forum in Dubrovnik.

"We cannot stick to the security-only foreign policy," said Çavuşoğlu as he spoke about Turkey's G20 presidency priorities and development agenda.

"That's why Turkish foreign policy today places development and humanitarian concerns at its center," he said, adding: "We consider it an investment in the future of mankind."

Turkey is hosting at least 1.8 million Syrian refugees and has spent at least $6 billion since the start of the Syrian conflict in 2011.

"Our humanitarian assistance has reached $1.6 billion, making us the third biggest donor of humanitarian aid. If you compare this amount to the GDPs of other donors, we are at the top of the list," Çavuşoğlu said.