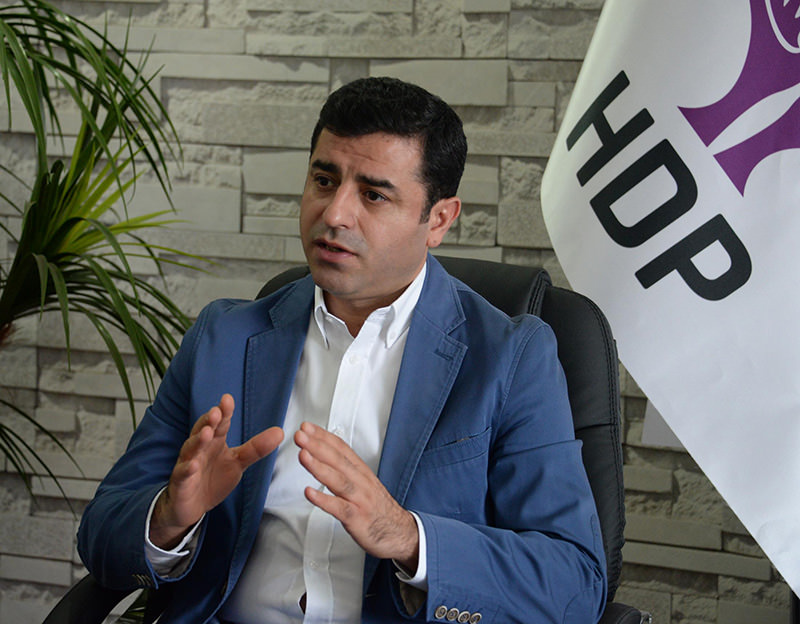 | DHA Photo
by Daily Sabah Jul 20, 2015 12:00 am
Turkey's pro-Kurdish People's Democratic Party (HDP) said Monday's suicide bombing attack, in which at least 30 died and around 100 were injured, was committed by the self-proclaimed Islamic State of Iraq and al-Sham (ISIS) group.

HDP said, in a written statement released on Monday, signed by the co-chairs Selahattin Demirtaş and Figen Yüksekdağ, the party calls everyone in Turkey for unity in the peace bloc against the ISIS group.

The statement read, "We condemn the inhumane, ignominious attack in Suruç," and continued to read that everyone witnessed what "the barbarous and rapist military, deprived of its human dignity, could do."

The attack which targeted Turkish revolutionists who were set on a journey to support Syria's Kurdish town of Kobani, was undertaken to demoralize the multicultural support given to the town, HDP's statement said. "This is the message of 'Give up on your solidarity' to courageous people who unified around Kobani with revolutionary spirit."

The statement also accused the Turkish government of not undertaking enough precautions to prevent the attack, but at the same time noted that other organizations -such as NGOs, trade bodies, municipalities- need to also improvise their own safety precautions. "Safety measures need to be improvised to prevent attacks to our institutions and people by ISIS rapists so easily and fearlessly," HDP's statement further read.

An explosion took the lives of at least 30 people and injured 100 more on Monday in the Suruç district of Turkey's southeastern province of Şanlıurfa, which is located some 10 kilometers north of Syrian town of Kobani. The terrorist attack that took place at the garden of Amara Culture Center of Suruç Municipality has been caused by a suicide bomber according to Şanlıurfa governor.