Terror has no religion, language, ethnicity or race: President Erdoğan 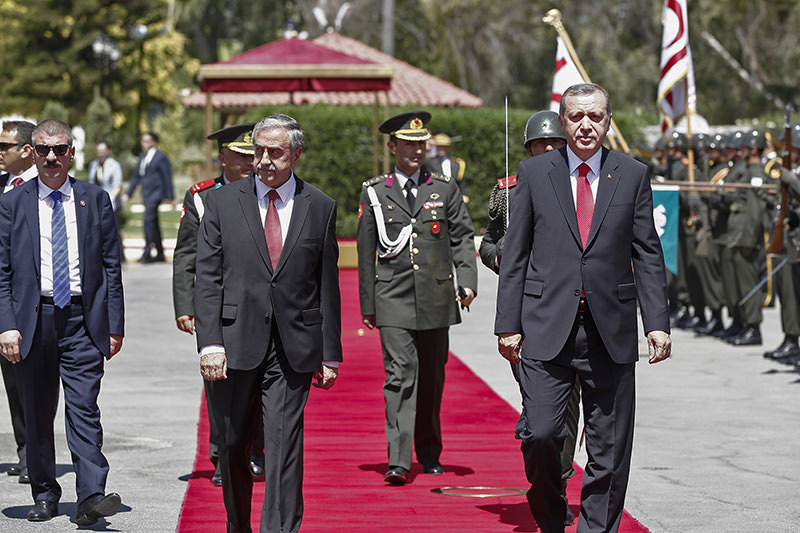 | AA Photo
by Daily Sabah Jul 20, 2015 12:00 am
President Recep Tayyip Erdoğan said on Monday that he condemns the perpetrators of atrocity committed in Suruç district of Turkey's southeast and that terror has no religion, language, ethnicity or race. The president made the comments on his visit to the Turkish Republic of Northern Cyprus (TRNC) upon the invitation of President Mustafa Akıncı to attend the 41st anniversary of the July 20 Peace and Freedom Day, which marks Turkey's 1974 operation after a Greek coup.

Erdoğan said, "The death of our 28 citizens as well as a serious number of injuries following the terror act in Suruç at around 1:00 p.m. grieved us deeply."

An explosion took the lives of at least 28 people and injured 100 more on Monday in the Suruç (across the border with Kobani) district of Turkey's southeastern province of Şanlıurfa. The terrorist attack that took place at the garden of Amara Culture Center of Suruç Municipality has been caused by a suicide bomber according to Şanlıurfa governor.

Erdoğan phoned the governor İzzettin Küçük and other authorities to get information about the attack, presidential sources said, adding that Erdoğan made the call upon landing in the Turkish Republic of Northern Cyprus.

Akıncı said, "Let this country not go through again July 15, 20. We, Northern Cyprus' now and past generations, shared the country's pains."

Erdoğan and Mustafa Akıncı discussed the resumption of peace talks designed to reunify the ethnically divided island as well as the Northern Cyprus Water Supply Project, an international water diversion project designed to supply water for drinking and irrigation from southern Turkey to Northern Cyprus via pipeline under Mediterranean Sea.

Erdoğan said that Turkey will continue in its efforts to make northern Cyprus a more modern country in every way, adding that his country will start providing water to the island in a couple of months.

Cyprus lacks its own water resources, and in light of this problem, Turkey launched a project, called Northern Cyprus Water Supply Project, to supply drinking and irrigation water from the southern part of the country via pipelines under the Mediterranean Sea. The project is almost finished, Erdoğan said, with only 1.5 km of pipeline construction left. The project will "relieve the water issue a great extent," Erdoğan said.
Last Update: Jul 20, 2015 5:11 pm
RELATED TOPICS