President Erdoğan to Iran’s Rouhani: Turkey will not remain indifferent to terrorism 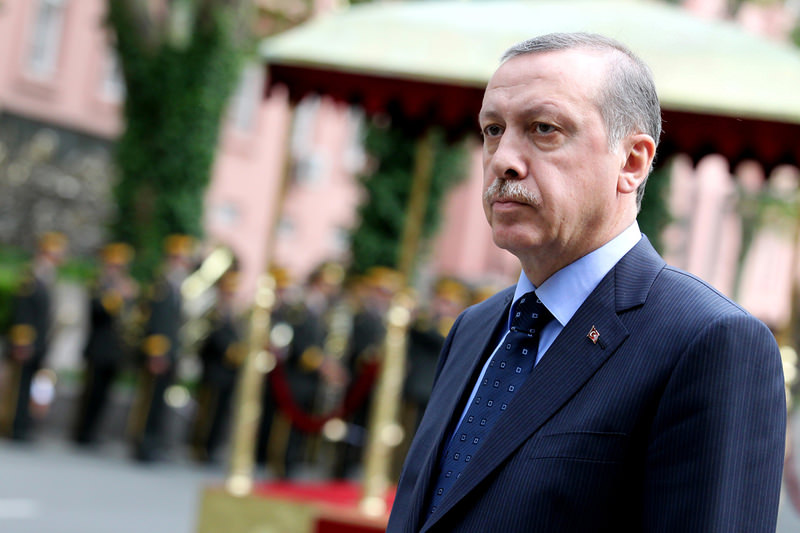 by Daily Sabah with AA Aug 05, 2015 12:00 am
President Recep Tayyip Erdoğan had a meeting over the phone with Iranian President Hassan Rouhani on Wednesday in which Erdoğan strongly expressed that Turkey will not remain indifferent to terrorist threats aimed at its national security.

Emphasizing the negative effects of instability and chaotic order in Iraq and Syria, Erdoğan informed his Iranian counterpart about Turkey's recent anti-terror operations notably against ISIS and the PKK terrorists, stated presidential sources.

He also underlined that Turkey used its international rights on July 29 against the terrorist attacks as defined by the Article 51 of the U.N. Charter, which allows countries to engage in self-defense against an armed attack. Erdoğan added that U.N. Security Council members and NATO Council were informed about the operations.

Rouhani also gave his condolences to the Turkish nation and expressed deep sorrow for those who lost their lives in terrorist attacks.

The two leaders also exchanged views on regional issues. While Erdoğan reminded his counterpart that stability in Syria will not be possible with the Assad regime, Rouhani expressed that despite dissents on some issues, Iran placed great importance on strengthening bilateral relations with Turkey.

Iran and Turkey must work with one another to root out the threat of extremism in the region, Rouhani told his Turkish counterpart, the official IRNA news agency reported.

The two countries "should achieve a joint plan and a practical solution, with each other's help, for uprooting terrorism in the region," Rouhani Erdoğan. "A consolidation and expansion of ties between Tehran and Ankara is of paramount importance to us," he said.

Erdoğan for his part called for more collaboration in the fight against ISIS.

"Daesh is part of Al-Qaeda and the continuation of the operation of this terrorist group is dangerous for the Islamic world," he said, using an Arabic acronym for ISIS. "Cooperation between Iran and Turkey in fighting the terrorist groups is of huge importance," he said.


Turkey has launched an anti-terror crackdown after the July 20 Suruc bombing that killed 32 activists and the attacks on security forces in the following days.

Ankara has detained more than 1,300 suspected supporters of groups such as ISIS and PKK -- recognized as terrorist groups by Turkey, the EU and the U.S. -- as well as launching airstrikes against ISIS in Syria and the PKK in Turkey and northern Iraq.

Additionally, Turkey has increased its support for an international anti-ISIS coalition led by the U.S., opening its Incirlik air base to coalition aircraft for military operations against the terrorist organization.