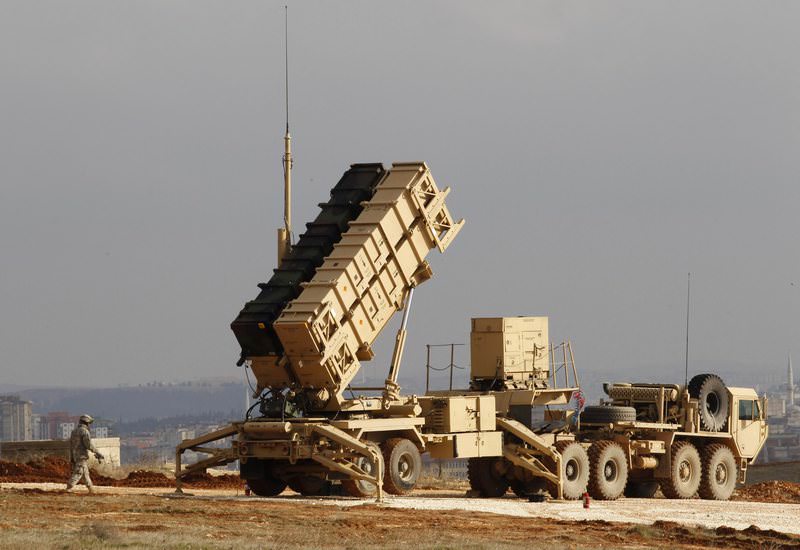 A U.S. Patriot missile system is seen at a Turkish military base in Gaziantep in this file photo taken February 5, 2013. (Reuters Photo)
by Daily Sabah Aug 16, 2015 12:00 am
The U.S. deployment of Patriot air and missile defense units in Turkey, which expires in October, will not be renewed after the end of its current rotation, according to a joint statement issued by Turkey and U.S. on August 16. However, if needed, the United States is prepared to return Patriot assets and personnel to Turkey within one week, the statement further said.

The two U.S. Patriot missile-defense batteries, which have been in Turkey as part of a broader NATO mission since 2013, "will be redeployed to the United States for critical modernization upgrades that will ensure the U.S. missile defense force to remain capable of countering evolving global threats and protecting Allies and partners – including Turkey," the joint statement read.

The United States will continue to work closely with Turkey especially in fight against ISIS and supporting "Turkey's air defense capabilities, including against ballistic missile risks and threats," according to the statement.

Apart from the United States, it is announced on Saturday by a Defense Ministry spokesman that Germany will also pull out two Patriot missile-defense batteries and 250 soldiers deployed in south-eastern Turkey to thwart attacks from war-torn Syria.

Turkey had requested the batteries from its NATO military alliance to help it bolster its air defenses against possible missile attack from Syria.

The Defense Ministry spokesman said Germany's decision was based on an assessment that the threat of missile attacks from Syria had significantly diminished.

NATO in 2013 stationed five Patriot missile batteries about 100 kilometers from the Syrian border. Germany and the United States provided two batteries each while the fifth came from Spain.