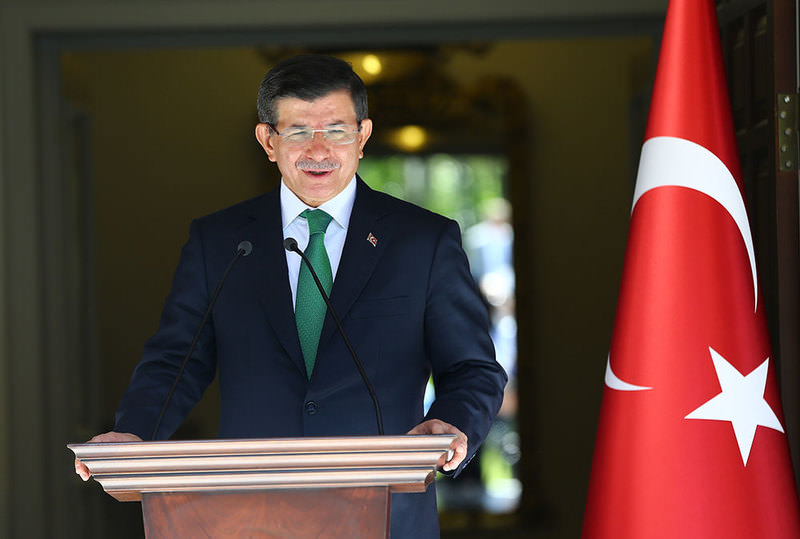 by Daily Sabah Sep 10, 2015 12:00 am
Turkey's Prime Minister Ahmet Davutoğlu penned a column for British daily the Guardian, published on Wednesday, calling for Europe to act responsibly against the refugee crisis.

Despite the positive increase of interest and support for the conditions of refugees following the appearance of shocking images of three-year-old Aylan Kurdi washed ashore, Davutoğlu stated that such images may also lead to more hate and xenophobia.

"I challenge the leaders of Europe to prove me wrong," he said.

Davutoğlu stressed that the current turmoil in Europe's surrounding regions and the record influx of refugees is a test for the humanist and moral values of European people and politicians.

"Millions, be they African or Asian, Muslim or Christian, Arab or Kurd, Pakistani or Afghani, are not migrating because of their own volition. They are forced to do so because of war, inter-communal strife, violence, famine, disease and discrimination. They need our help. And helping those in need is the ethos of all civilized societies, regardless of their race, religion or beliefs," Davutoğlu said.

"The concept of burden-sharing has become a meaningless catchphrase," Davutoğlu stated regarding the international financial contribution to Turkey as it struggles to host more than two million refugees in its borders.

The Turkish PM called for European nations to do their part in order to relieve Turkey's burden on refugees, which have had tremendous efforts preventing the refugee influx into Europe since the beginning of the crises in the Middle East.