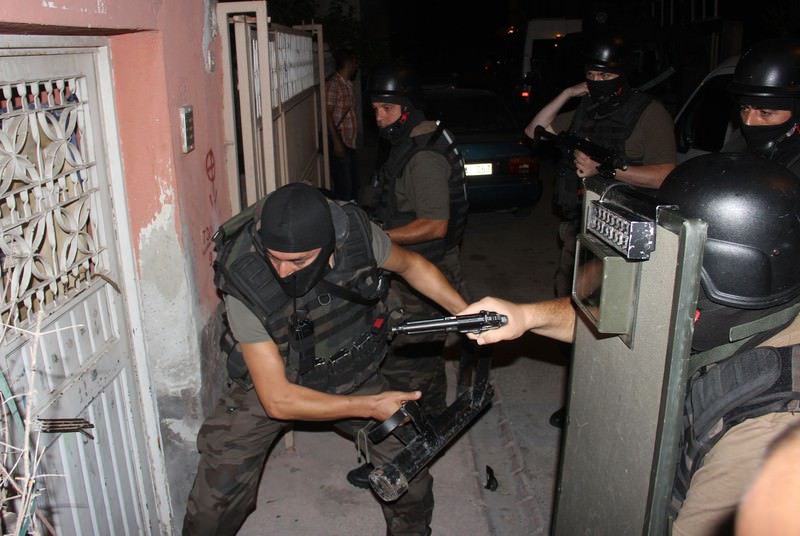 by Daily Sabah Sep 12, 2015 12:00 am
Eight members of the ISIS terrorist organization were arrested on Friday in the counter-terror operations conducted in several Turkish cities, Turkish officials said.

According to the statement released by the Malatya Police Department, the eight ISIS members have been arrested in Malatya, Bingöl and Kilis provinces.

The suspects who have detained under the suspicion of having links with the ISIS terrorist organization were first taken under custody.

After the interrogation, the suspects have been arrested for "being a member of the ISIS terrorist organization" and sent to the Malatya E-type Prison.
Last Update: Sep 13, 2015 2:05 am
RELATED TOPICS