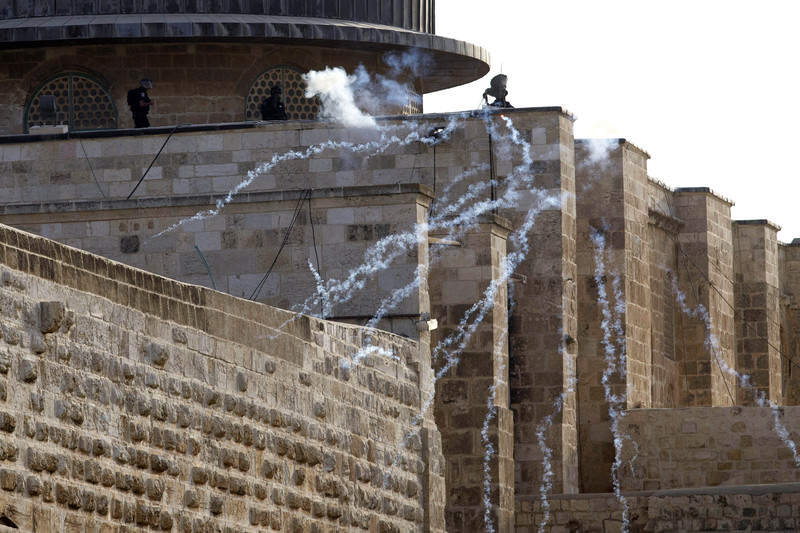 by Anadolu Agency Sep 13, 2015 12:00 am
Turkey has "strongly" condemned Israeli security forces' incursions into the Al-Aqsa Mosque compound in East Jerusalem on Sunday.

A written statement from the Turkish Foreign Ministry late Sunday called for an end to "violations of freedom of worship" and urged Israel to fulfill its responsibilities towards ensuring freedom of worship in East Jerusalem.

Dozens of Palestinians were injured on Sunday when Israeli soldiers forced their way into the flashpoint mosque complex and used teargas and rubber bullets to disperse Muslim worshipers.