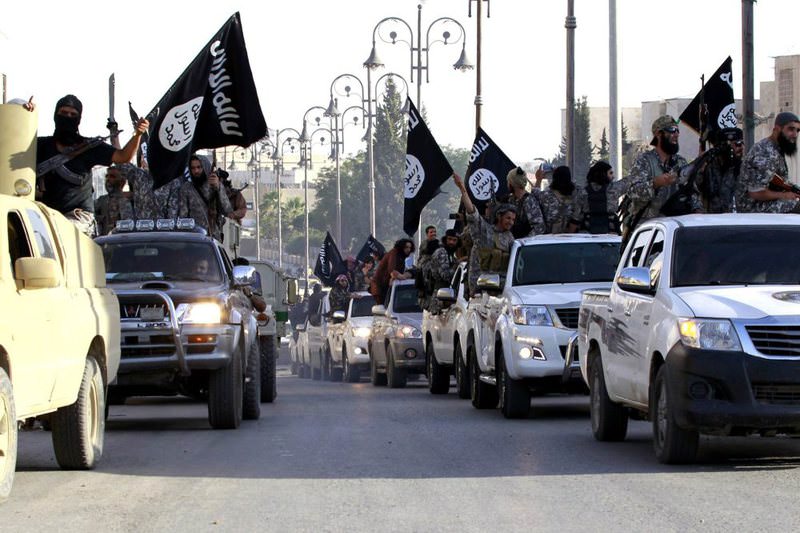 The U.S. special envoy for Syria, Michael Ratney, met with foreign ministry officials in Ankara to discuss the fight against ISIS. The visit came a day after Turkish fighter jets hit Raqqa, the capital city of the militant group

United States special envoy for Syria Michael Ratney visited Ankara on Monday and met senior Foreign Ministry officials. According to diplomatic sources, U.S. and Turkish officials discussed the ongoing fight against the Islamic State of Iraq and al-Sham (ISIS), the peace initiatives in Syria backed by Iran and Russia and the future as well as the U.S.-led train-and-equip program.

The visit came just one day after Turkish jets hit ISIS strongholds in Raqqa, Syria as part of the international coalition to counter the extremist organization. Reportedly, the ongoing fight against ISIS and the details of the creation of a safe zone in northern Syria to avoid more refugees entering Turkey and allow aid agencies to operate unhindered was the main topic of discussion.

In recent weeks Ratney visited Moscow for consultations with Russian officials on the ongoing conflict in Syria. Iran and Russia are currently pushing the U.S. and Turkey to agree to a new peace plan that aims to keep Syrian President Bashar Assad in power, but the plan has not been welcomed by Washington or Ankara. The Russian military presence in Syria was also on Ratney's agenda. In recent days the Russian Foreign Ministry acknowledged that they sent some military units and equipment to Syria to aid the Assad regime in Damascus. Regarding this issue, Turkey and the U.S. share the same concern that the Russian military presence creates an additional crisis in the region and there is risk that Russian forces could confront the coalition forces fighting ISIS.

The new path for the U.S.-led train-and-equip program was also discussed. The train-and-equip program has not created effective results in the fight against ISIS, as it has only produced 54 Free Syrian Army members called Division 30. Questions about the future of the program increased after the first group constituting Division 30 was overwhelmingly defeated in a pitched battle with the al-Qaida-linked terror group Nusra Front, with over half of its soldiers, including the commanding officer, taken captive. A Pentagon spokesman last week said that they have learned lessons from the first phase of the program. Turkish and U.S. officials also discussed possible changes to the selection stage of the program to increase the number of participants and necessary steps to provide efficient air protection.

Ratney was appointed U.S. special envoy for Syria in July 2015. Prior to this post Ratney was the U.S. consul-general in Jerusalem. A senior diplomat, Ratney is fluent in Arabic, and since joining the U.S. Foreign Service he has been stationed in several countries in the Middle East such as Iraq, Lebanon, Morocco and Qatar. Ratney is expected to leave Turkey on Tuesday.
Last Update: Sep 15, 2015 10:22 am
RELATED TOPICS