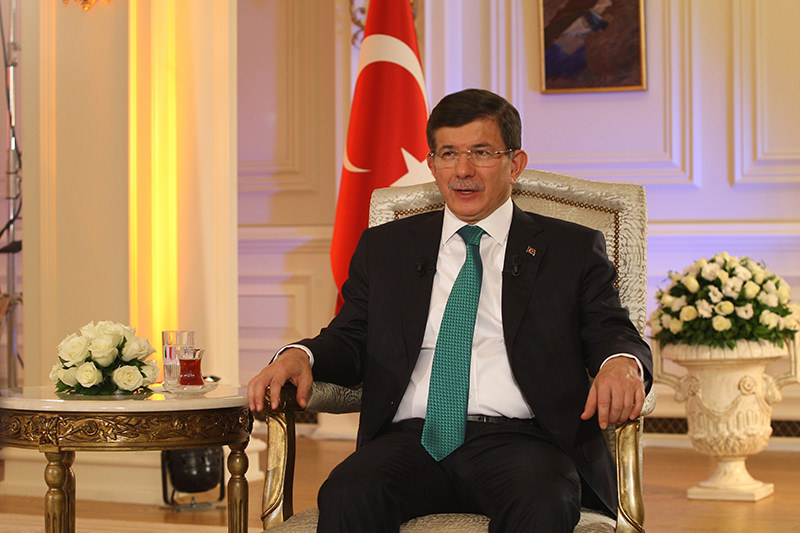 |Photo: Sabah / Ali Ekeyu0131lmaz
by Compiled from Wire Services
Oct 05, 2015 12:00 am
Turkish Prime Minister Ahmet Davutoğlu on Monday said Moscow has described its warplane's violation of Turkey's airspace as a "mistake" and that Russia's entry into the conflict in Syria has escalated the crisis.

Speaking in a live interview on HaberTurk TV, Davutoğlu also said that Turkey's rules of engagement were clear, whomever violates its airspace. He stated that Turkey maintains the right to take military action against any object that enters its territory. "I should express it clearly, even if it is Syria, Russia or any other country's planes, Turkey's military engagement rules are valid for all," Davutoğlu said.

Davutoğlu said that Russia assured Turkey that the airspace would not be violated again.

"The information we got from Russia this morning is that it was an incident that occurred by mistake," he said.

"They said they are respectful of Turkey's borders and that it would not happen again." the Turkish Prime Minister added.
A Russian aircraft entered Turkish airspace near the Syrian border on Saturday, prompting Ankara to scramble two F-16 jets to intercept it and summon Moscow's ambassador in protest.