Violation of Turkish airspace by Russia doesn't look like an accident: NATO 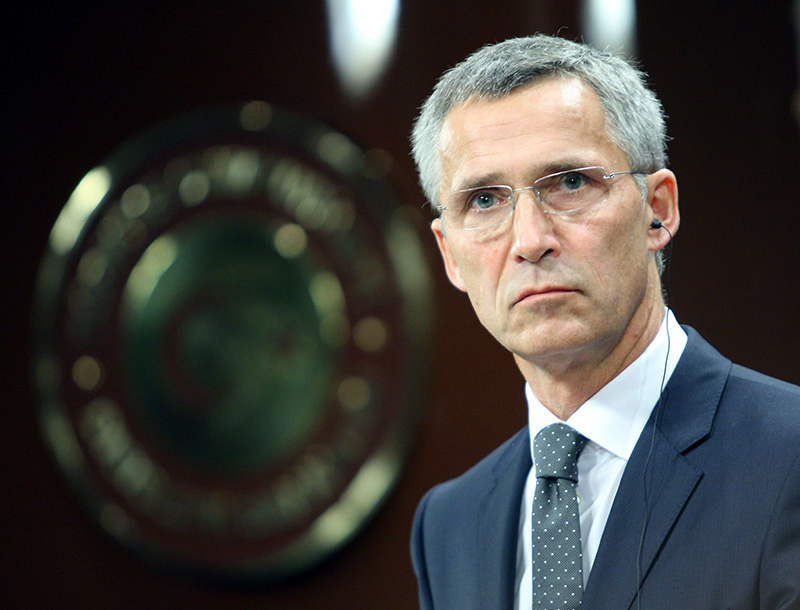 | File photo
by Daily Sabah with Wires
Oct 06, 2015 12:00 am
NATO Secretary General, Jens Stoltenberg, said on Tuesday that Russia has not offered the alliance "any real explanation" over its violations of Turkish airspace, adding, "For NATO, the violation of Turkish airspace by Russia does not look like an accident."

Stoltenberg made the comments during a press conference held in Brussels.

"This is not an accident this is a serious violation," Stoltenberg told the press. "The violation lasted for a long time compared to previous violations of airspace we have seen elsewhere in Europe."

Stoltenberg said the U.S.-led NATO alliance, of which Turkey is a member, had not received "any real explanation" of what happened. He said he had not had any direct contact with Moscow but NATO has discussed the possibility of using its military lines of communication with Russia.

The Russian government is looking into an allegation that one of its jets operating in Syria violated Turkish airspace for a second time, the Russian embassy in Ankara said, according to the TASS news agency.

Turkey said late on Monday a Russian warplane had violated its airspace on Sunday, the second such breach in the past three days, prompting Ankara to once again summon Moscow's ambassador.

The Russian embassy in Ankara said, according to the TASS news agency, the Russian government is looking into the allegation that one of its jets operating in Syria violated Turkish airspace for a second time.

Turkey's Ministry of Foreign Affairs on Monday evening summoned the Russian ambassador to the ministry once again over Russia's airspace violation on October 4.