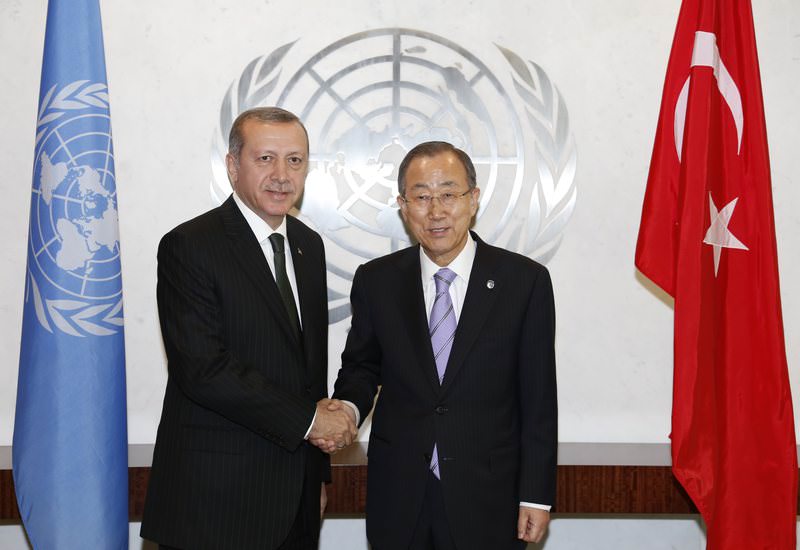 According to the presidential sources, Ban told Erdoğan that he "strongly condemns the terrorist attack" and expressed his grief while Erdoğan stated that the country is putting all the efforts into identifying the perpetrators.

Erdoğan also underlined that Turkey is carrying out a decisive fight against terrorist organizations such as the PKK, ISIS and DHKP-C.

During the meeting, Ban expressed his concerns over the recent Russian violations of Turkish airspace and also touched upon the situation in Libya, while also thanking Erdoğan for Turkey's efforts to resolve the crisis in the country.

The twin bombings in Ankara -- the deadliest attack in modern Turkish history -- were set off by two suspected suicide attackers in a crowd of leftist and pro-Kurdish activists at a peace rally.

The bombings killed 97 people and wounded 246, dozens of whom were hospitalized in intensive care, according to Prime Minister Ahmet Davutoğlu's office.
Last Update: Oct 12, 2015 10:08 pm