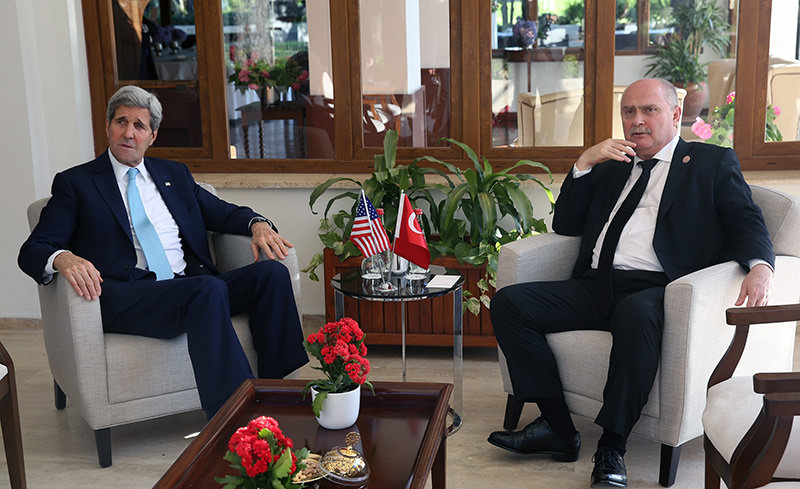 Sinirlioğlu said Turkey would continue to support global anti-DAESH efforts in close cooperation with its regional and international partners. In the coming weeks Ankara will reveal plans for clearing DAESH from its border in northern Syria, he said.

With the Syria talks in Vienna over, Sinirlioğlu expressed hope for peace in Syria, saying Bashar al-Assad "will not be there at the end of the process." Sinirlioğlu stated that Ankara's anti-DAESH strategy and plans were in line with the efforts of the U.S.-led international coalition. "When these plans are complete, our operations will continue with more intensity. You will see that in the upcoming days," the foreign minister said.

"As U.S. State Secretary John Kerry said, DAESH is still present on a certain section of Turkey's borders. We will not let DAESH remain on our borders. We are taking and will continue to take a host of measures against DAESH threats on Turkey's security. We are executing these measures in coordination with our partners and allies in the international coalition against DAESH," Sinirlioğlu said.

Kerry announced Tuesday that the U.S. and Turkey would soon launch a joint operation to close the Turkish border with Syria. "The entire border of northern Syria – 75 percent of it – has now been shut off and we are entering an operation with the Turks to shut off the other remaining 98 kilometers [61 miles]," Kerry said. "I believe the pressure is mounting on DAESH."

Sinirlioğlu said additional measures could be taken in the near future: "We have some plans. It is not possible to give details about their timing and implementation until they are complete, but here is the gist of it: DAESH is a major and serious threat for Turkey, just as it is for the entire world. We are in a constant struggle against the threats targeting Turkish soil that are engendered by the chaotic environment in Syria. We will continue our struggle in a stronger fashion in the coming days."
Last Update: Nov 18, 2015 5:47 pm