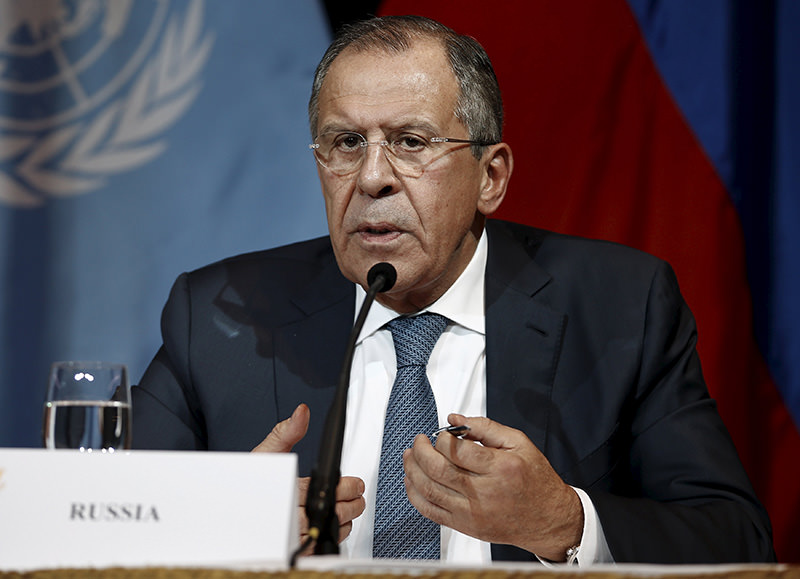 Lavrov said Thursday that Russia was ready to work with the Western coalition fighting DAESH if its members respect Syria's sovereignty.

"We... are ready for practical cooperation with those countries that are part of the coalition and are ready to develop with them forms of coordination that, of course, would respect Syria's sovereignty and the prerogatives of the Syrian leadership," Lavrov said in an interview with state-run Radio of Russia.

"I am convinced that such forms can be found if we take a pragmatic approach," he said.

Russian President Vladimir Putin called President Recep Tayyip Erdoğan recently and said Russia is open to dialogue on Bashar Assad's future. In response to Putin's remarks to Erdoğan, following the talks on Saturday, Lavrov said the Syrian government had already put forward its representatives, with the U.N. special envoy for Syria, Staffan de Mistura, to begin immediate work on determining who should sit at the table as part of the opposition team.

Moscow, together with Tehran, has remained a staunch ally of Syrian President Bashar Assad since the beginning of the crisis. Although Moscow claims that it hit DAESH targets in airstrikes that began in September, activists on social media claimed that the airstrikes were targeting civilians as well since DAESH was hiding in civilian areas.

The Assad regime has killed more than 250,000 civilians and displaced nearly 10 million people over the last four years.