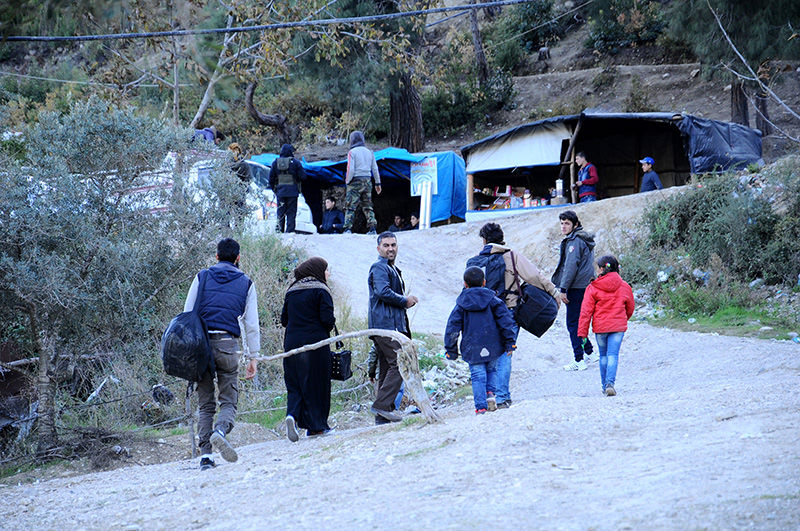 Turkmen community in Syria | File photo
by Daily Sabah with Wires Nov 25, 2015 12:00 am
Prime Minister Ahmet Davutoğlu on Wednesday criticized Russia's operations in the Bayırbucak region of the Latakia Governorate in Syria, saying attacks on Turkmens could not be carried out under the pretext of fighting Daesh.

Speaking at the first parliamentary group meeting of the new AK Party government, and a day after Turkey downed a Russian jet near the Syrian border, Davutoğlu said Ankara was keeping communication channels open with Moscow.

Davuoğlu said the government did not want to fuel tensions with "our friend" Russia.

"We have no intention to strain (ties) with the Russian Federation," he said and added that Russia is Turkey's friend and neighbor.

"We have very strong economic, commercial and cultural bonds with Russia," he said, adding that Turkey does not have an eye on any country's soil. Targeting Russia or any other country is out of the question" he said.

But he warned that it was Turkey's "natural right" to protect its borders and national security.

Amid Russia's recent attacks, Turkey summoned the Russian envoy and drew attention to concerns regarding Russia's attacks on civilians in the region.