Turkey, US to consult on how to close Syrian-Turkish border: Kerry 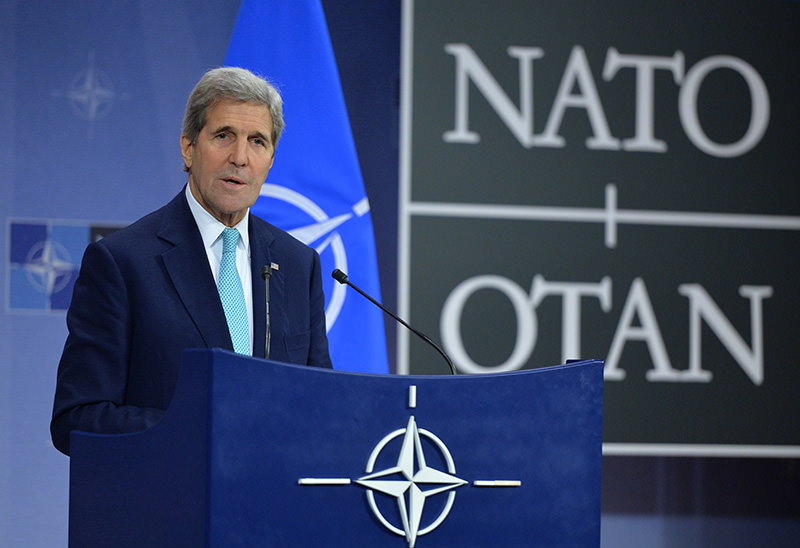 | AA photo
by Daily Sabah with Reuters Dec 02, 2015 12:00 am
Turkey and the U.S. will consult on how air and ground forces will cooperate to close the Syrian-Turkish border, the U.S. Secretary of State John Kerry said on Wednesday.

Also, Kerry touched upon the U.S.'s recent plans to deploy American special forces to Iraq. He said, the Iraqi and U.S. governments will consult closely on where they will go and what they will do.

U.S. Defense Secretary Ash Carter on Tuesday said Washington would deploy a new force of special operations troops to Iraq to combat Daesh terrorists who have seized swathes of Iraq and neighboring Syria. The group is also known as ISIL and ISIS.

"The government of Iraq was of course briefed in advance of Secretary Carter's announcement," Kerry told reporters at NATO.

Another topic Kerry has touched upon during his talk was NATO's invitation to Montenegro to join the alliance. NATO is a defensive alliance and its decision to enlarge into the Balkans is not directed at Russia or any other nation, John Kerry said.

"NATO is not a threat to anyone ... it is a defensive alliance, it is simply meant to provide security," Kerry told the news conference. "It is not focused on Russia or anyone else."

Kremlin spokesman Dmitry Peskov, on the other hand, said on Wednesday that the continuing expansion of the North Atlantic Treaty Organisation (NATO) to the east would lead to retaliatory measures from Russia.
Last Update: Dec 02, 2015 12:59 pm
RELATED TOPICS