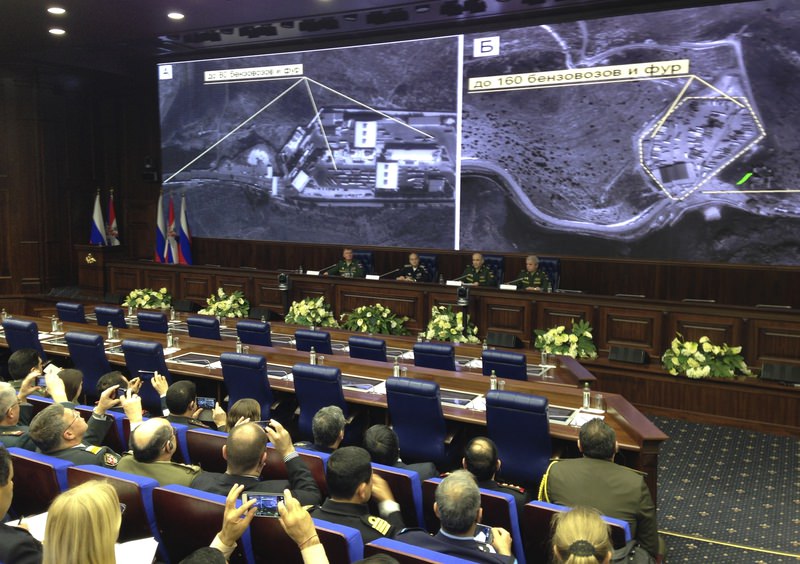 by Daily Sabah Dec 04, 2015 12:00 am
As Russia's allegations that Turkey is trading oil with the Daesh terrorist organization grow weaker every day, Germany has also joined the 'mythbusters club', along with the U.S. and Iraq's Kurdistan Regional Government (KRG), by debunking all Russian satellite images that 'allegedly' prove that Turkey is involved in oil trade with Daesh.

In the analytical report published on the web, Der Spiegel specified all the locations and dates of the satellite images shown by Russian Deputy Minister of Defense Anatoly Antonov.

At a briefing in Moscow on December 2, organized by Antonov, Russian defense ministry officials and the public were shown satellite images which 'revealed' columns of tanker trucks loading oil at installations controlled by Daesh in Syria and Iraq, and then crossing over the border into neighboring Turkey. Antonov had claimed that Turkey was trading oil with Daesh on an 'industrial level'. 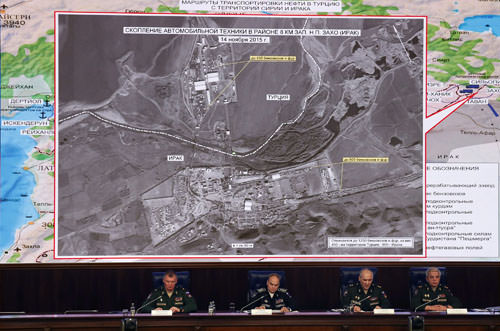 The satellite image shown above, dated November 14, 2015, was shot in the region of Zakho in northern Iraq and shows Zakho and Turkey. However, this image in no way verifies the claims of Putin as these regions are not controlled by Daesh, but in fact Peshmerga-controlled areas. In addition, trade between Turkey and the Kurdish Regional Government in northern Iraq is still continuing under normal conditions. 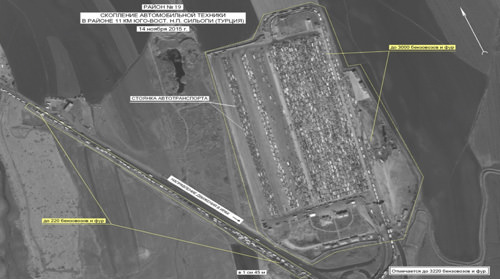 This image, also dated November 14, shows the southeastern Turkish town of Silopi in Şırnak. Zakho is located directly opposite of Silopi. Known as one of the safest areas on the Iraqi border, Zakho shelters many refugees fleeing Iraq and terrorist organizations like Daesh in Syria. 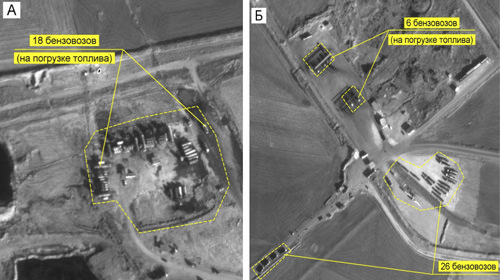 This satellite image was taken in the east of Syrian city Deir ez-Zor city. According to Russia, 390 oil tankers are seen in this image. But an explanation about the date of the image was not given. It is vague what Antonov wants to prove with this photo. Deir ez-Zor is currently partly in hands of the Assad regime in Syria and partly in Daesh's control. 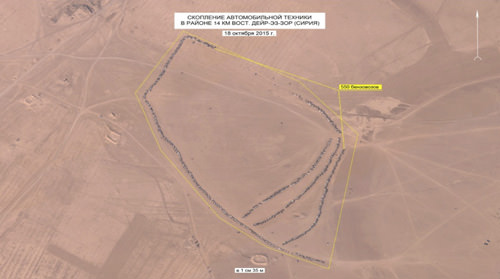 This satellite image was taken in the east of Syrian city Deir ez-Zor city. According to Russia, 390 oil tankers are seen in this image. But an explanation about the date of the image was not given. It is vague what Antonov wants to prove with this photo. Deir ez-Zor is currently partly in hands of the Assad regime in Syria and partly in Daesh's control.

Turkish President Recep Tayyip Erdoğan had last week denied that Turkey procures oil from anything other than legitimate sources.


Subsequently, the U.S. had said that it rejected the premise that the Turkish government was in league with the militants to smuggle oil. "We frankly see no evidence, none, to support such an accusation," State Department spokesman Mark Toner had said.

Later on, Sherko Jawdat the chairman of the KRG Parliament's Energy Committee, had said on Thursday that the oil tankers shown in the aerial photos and footage presented by Russia as evidence of the alleged trade are in fact carrying oil from the KRG to Ceyhan terminal in southern Turkey.

Dzayi explained that the oil extracted from the Duhok and Badinan regions is largely shipped to Turkey through pipelines, and the remaining amount is being shipped with tankers.
Last Update: Dec 05, 2015 12:14 am
RELATED TOPICS