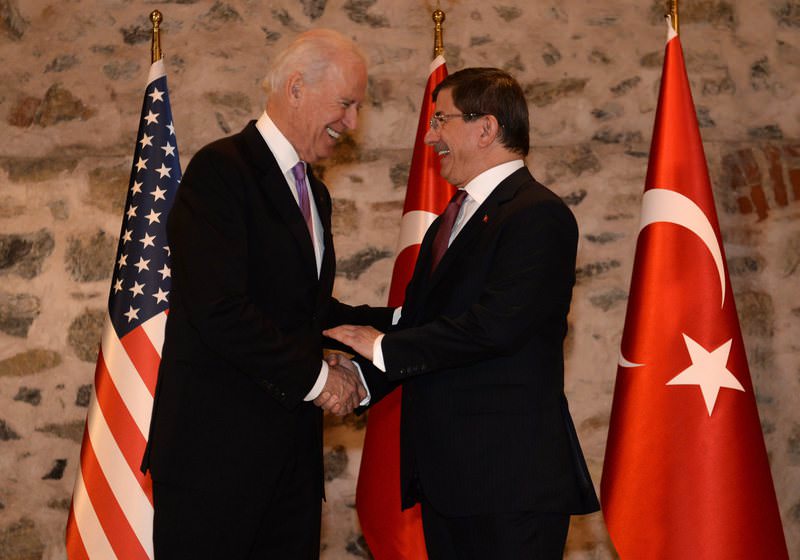 According to prime ministerial sources, Biden demanded the phone call with the Turkish premier. In the call, Davutoğlu informed Biden about the military training operations in the Bashika region in Northern Iraq and the security measures taken in the camp.

Emphasizing Turkey's commitment to the integrity and sovereignty of Iraq, Davutoğlu added that every country should have the same attitude towards the issue.

He further stated that Ankara will continue its anti-terror operations against Daesh in coordination with Baghdad while also reminding Biden that the Turkish Foreign Ministy Undersecretary Feridun Sinirlioğlu and National Intelligence Organization (MIT) chief Hakan Fidan had held a meeting with Iraqi Prime Minister Haider Al-Abadi.

Official sources also added that the two officials have decided to continue negotiations on the matter.