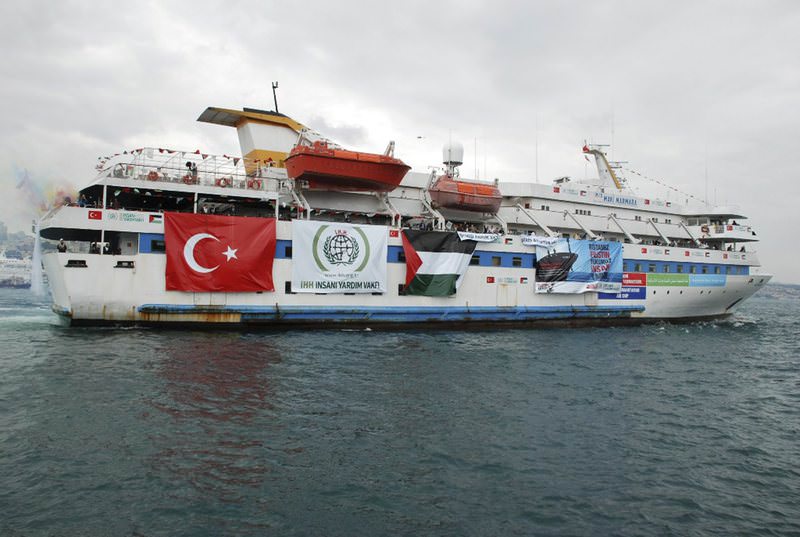 by Daily Sabah Dec 17, 2015 12:00 am
Israeli and Turkish officials have reached a preliminary agreement to normalize relations, including the return of ambassadors to both countries, as Israel agreed to pay $20 million as compensation for Mavi Marmara victims.

A senior Turkish official confirmed reports on the meeting in Zurich for a preliminary reconciliation deal between the two countries and told Daily Sabah that the relations are still strained but the normalization of ties is on the horizon.

Moreover, a Turkish official reportedly told Reuters on Friday that Turkey was making progress in talks with Israel and a final deal to restore ties would not take long.

The Turkish prime ministry also released a statement after the reports, saying the parties have not reached an agreement yet, however the negotiations are continuing positevely.

According to the agreement, Israel will pay Turkey $20 million in compensation, which will be transferred to a special fund that will in turn provide grants to the families of the Turkish citizens who were killed or injured in the Israel Navy's takeover of the Mavi Marmara.

Moreover, Turkey will cancel all charges against Israel, the two countries will renew and normalize their ties and return their ambassadors to Tel Aviv and Ankara.

The agreement also includes expelling of Saleh al-Aruri, a senior member of Hamas' military wing from Turkey. Hamas activities in Turkey in general will be limited.

Additionally, after the final agreement has been signed, Turkey and Israel will discuss a gas pipeline agreement, with Turkey buying gas from Israel's offshore oil fields and the laying of a gas pipeline that would run via Turkey and through which Israel would export gas to Europe.

Ten were killed and 55 were wounded in the attack on the flotilla's main ship, the Mavi Marmara. In March 2013, Netanyahu expressed his regret for the Mavi Marmara killings over the phone next to Obama who brokered the deal. Even though the phone conversation opened a door to negotiations, the negotiations were later stalled. Israel agreed to increase reparations for the victims to $20 million and a draft of an agreement between the two states was written in February 2014.
Last Update: Dec 18, 2015 4:54 pm
RELATED TOPICS