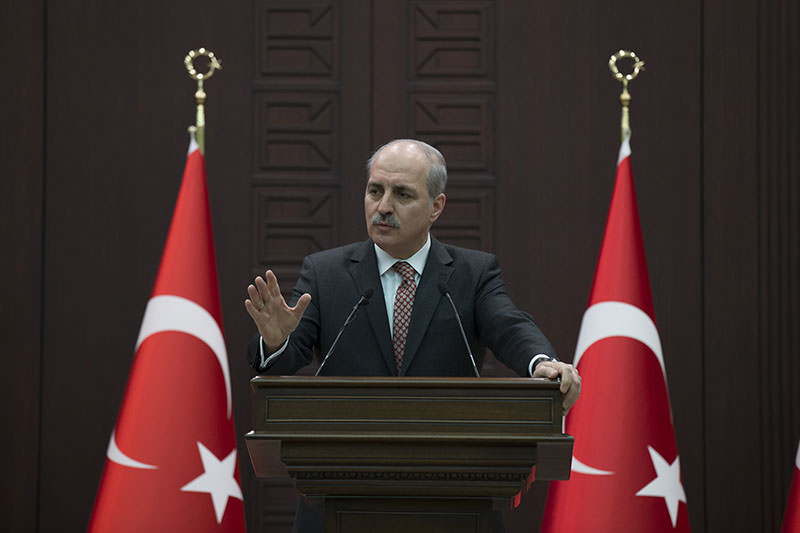 | AA photo
by Daily Sabah with Agencies Jan 04, 2016 12:00 am
Turkey on Monday called on Saudi Arabia and Iran to ease diplomatic tensions amid revived antagonism over the execution of a prominent Shia Muslim cleric.

"We want both countries to immediately come out of this tension that will obviously add severe tension to the current one in the Middle East," Deputy Prime Minister Numan Kurtulmuş said following a Cabinet meeting in Ankara.

"The region is already on the verge of explosion."

Kurtulmuş said both sides, who he described as friendly countries to Turkey as well as significant nations in the Muslim world, must act with common sense.

"It will harm both countries and the region if Saudi Arabia and Iran act in a hostile attitude towards each other," he told reporters.

Citing the Vienna Convention, Kurtulmuş called on Tehran to protect all diplomatic missions.

Rising tensions between Saudi Arabia and Iran have raised concerns around the globe.

The U.S. on Monday said diplomacy is "essential" between Saudi Arabia and Iran.

"We continue to believe that diplomatic engagement and direct conversations are essential to work through differences," said State Department spokesman John Kirby.

"We reiterate the need for leaders throughout the region to redouble efforts aimed at de-escalating regional tensions."

The U.S. is "concerned" about the recent situation in the region and continues to urge Saudi Arabia to "ensure fair and transparent judicial proceedings in all cases," according to Kirby.