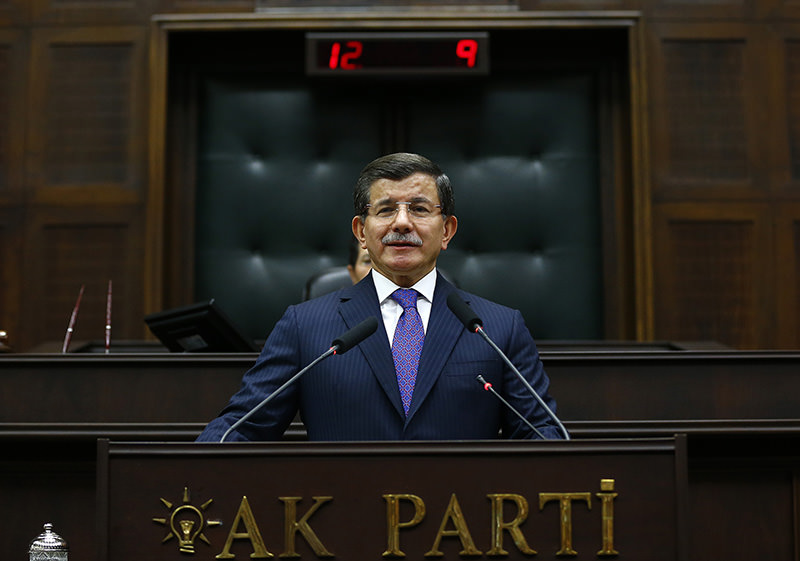 | AA photo
by daily sabah Jan 05, 2016 12:00 am
Prime Minister Ahmet Davutoğlu called on Saudi Arabia and Iran to use diplomatic channels and said Turkey is ready to do whatever it can to resolve the current tension between the two countries. The prime minister made the comments during the Justice and Development (AK) Party's group meeting in the Turkish capital Ankara on Tuesday.

Stating that Turkey is doing its best to ensure peace in the region, the prime minister said, "This crisis needs to come to a solution as soon as possible."

Emphasizing that both Iran and Saudi Arabia are two important countries of the Islam world, he wished that the atmosphere of conflict ends soon.

On Tuesday, Kuwait recalled its ambassador to Iran, the official Kuwait News Agency (KUNA) said. The agency quoted an unnamed source who said the recent attacks against Saudi Arabia's embassy in Tehran and consulate in Mashhad are a "flagrant breach of international conventions" and a violation of Iran's commitment to the "security and safety of diplomatic missions on its lands."
Last Update: Jan 05, 2016 1:59 pm
RELATED TOPICS