Erdoğan, US senators meet to discuss cooperation against Daesh, PKK 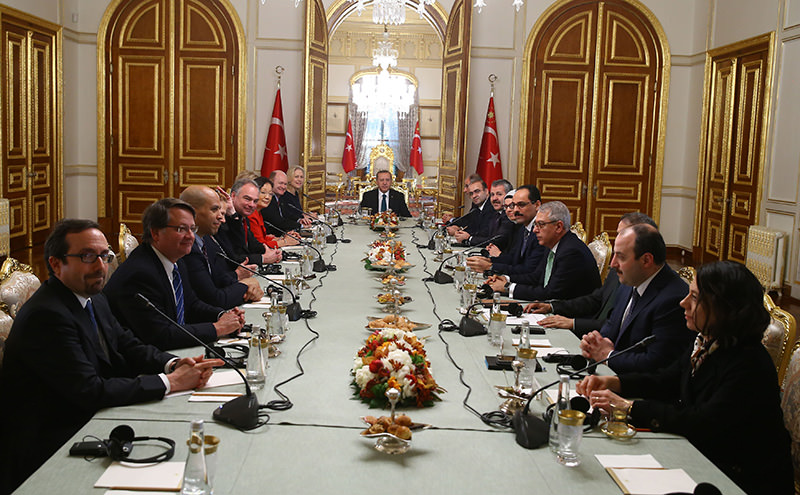 by Daily Sabah Jan 09, 2016 12:00 am
President Recep Tayyip Erdoğan met with U.S. senators on Friday in Istanbul to discuss bilateral relations and cooperation against Daesh and PKK terror organizations.

Recent regional developments in Syria and Iraq were also discussed in the meeting. Senators expressed their gratitude to Erdoğan for Turkey's efforts in hosting Syrian refugees and humanitarian aid.

The meeting was held in the Mabeyn Mansion of the historic Yıldız Palace complex and lasted around two hours.