Syrian Kurds, not PYD, should be represented in Syria talks, PM Davutoğlu says 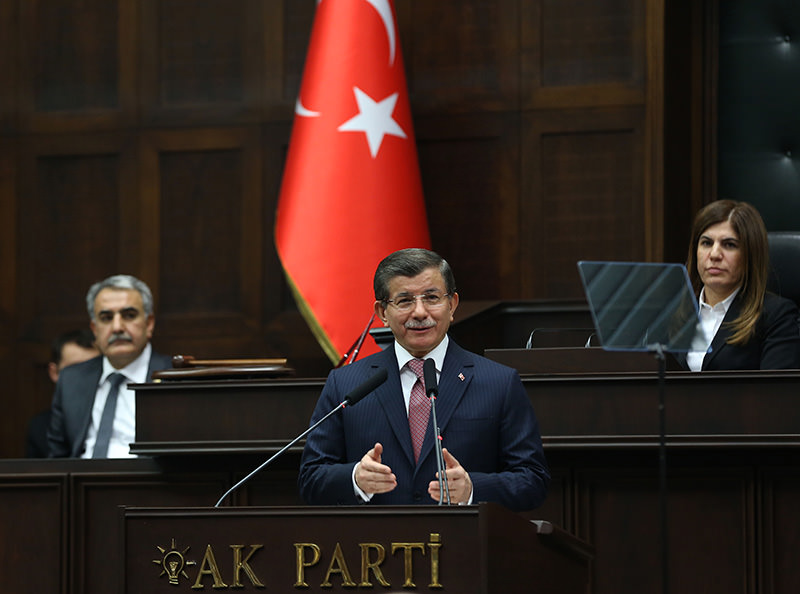 by daily sabah Jan 26, 2016 12:00 am
Prime Minister Ahmet Davutoğlu said on Tuesday that Turkey is against the participation of the Democratic Union Party (PYD) and its militia group in Syria talks planned to kick off in Geneva this week.

The premier made the comments during the AK Party's assembly group meeting in the capital Ankara.

Davutoğlu said there was no difference for Turkey between the PKK and its representatives in Syria, which are the PYD and YPG.

"We believe that in Syria there should be a table in which Kurds, Arabs, Turkmens, Sunnis, Nusayris and Christians are altogether. The inclusion of Kurds to the table is a necessity; a table that is leaving out the Kurds is incomplete. But, we are definitely against the YPG, which is oppressing Kurds themselves, from sitting at the table" Davutoğlu said.

If the PYD is to join the talks aimed at resolving the five-year Syrian civil war, its place should be on the same side as Syrian President Bashar al-Assad, since these two were cooperating, Davutoğlu said.

Lavrov said, however, that Russia would not "veto" the talks if the Kurds were not invited and that it was up to the UN envoy de Mistura to decide which opposition groups would be asked to attend.
Last Update: Jan 27, 2016 11:43 am
RELATED TOPICS