Turkish-Saudi joint military drill not on the agenda 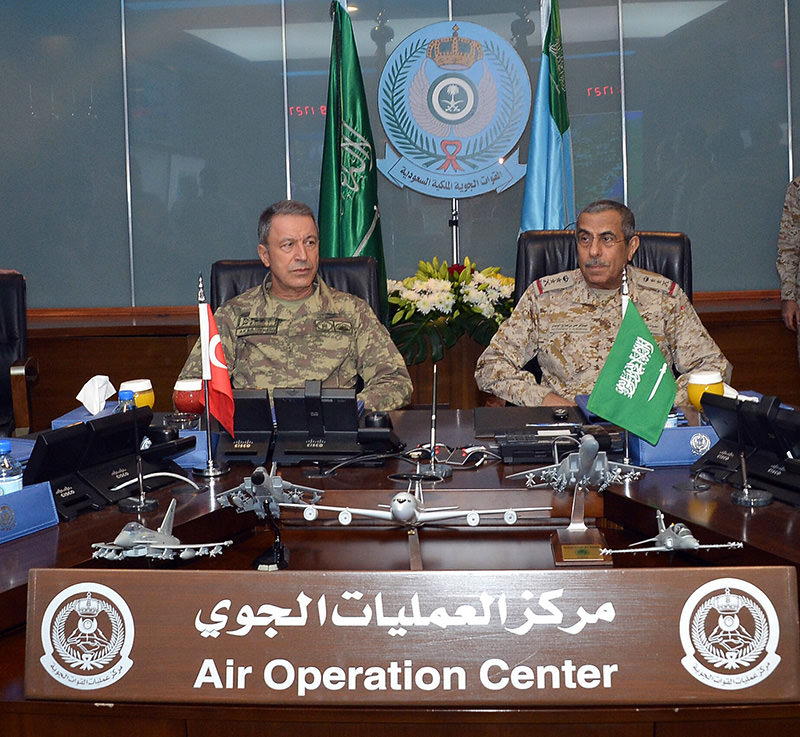 Turkish Chief of General Staff Hulusi Akar (L), Saudi Chief of Staff Lieutenant-General Abdulrahman bin Saleh Al-Bunyan (R) in Riyadh, on Feb. 3, 2016 (IHA photo)
by Daily Sabah Feb 10, 2016 12:00 am
The reports published by several Turkish media outlets stating that Turkish and Saudi armies are planning to hold joint military drills as part of extended cooperation between the two countries were denied by a report of the official Anadolu Agency based on military sources.

The sources stated that there were agreements on cooperation and training with Saudi military officials during Chief of Staff General Hulusi Akar's visit to the country on February, however, a joint drill and Turkey's participation in the Northern Star exercise is not on the agenda.

The sources said that a definition like "Islamic Army" is harmful for Turkey, especially during a time when relations with NATO are intense and the situation in the region is sensitive.

In a report published earlier in the Hürriyet daily, a source contended that Ankara and Riyadh would form a high-level strategic cooperation council to take joint action on regional issues and the two countries are also in favor of holding joint military drills to further strengthen ties at the military level. The report, however, stressed that the cooperation will be conducted bilaterally, rather than being a part of the Saudi Arabia's proposed Islamic coalition.