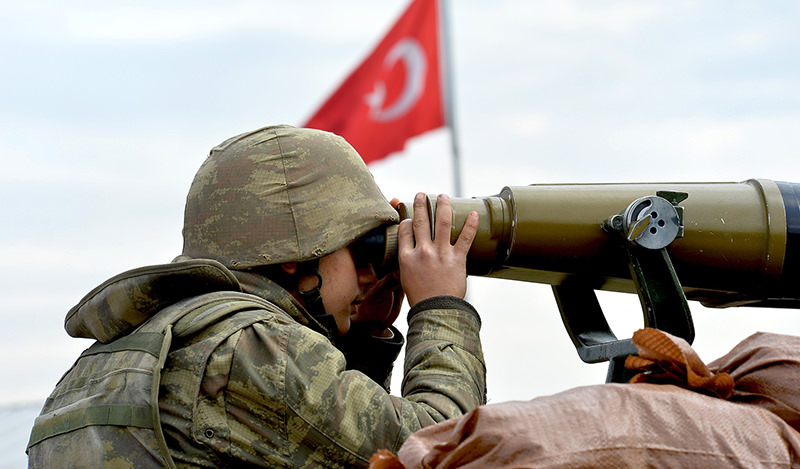 | IHA Photo
by Daily Sabah with Agencies Feb 10, 2016 12:00 am
President Barack Obama's envoy to the anti-Daesh coalition said on Wednesday that the PKK terrorist organization poses a threat to Turkey, and that the U.S. wants to provide help regarding the matter, while he accused Syria's Assad of buying oil from Daesh terrorists.

Turkey views Syrian Kurdish Forces, known as the YPG and its political wing, the PYD, as offshoots of the PKK terrorist organization.

McGurk said that Daesh still controls around 80 percent of the oil in Syria and said that Assad regime buys oil from the terrorist organization.

"We know from their [Daesh] own publications that they're telling their fighters don't come to Syria-go elsewhere, go into Libya," Amb. Brett McGurk told lawmakers.

"That's our objective-they can't get in, and when get in they'll never get out because they will die in Iraq and Syria."

Due to successive battlefield defeats, notably in the Syrian Kurdish city of Kobani, Daesh is left with only a 98-kilometer (61-mile) stretch of border, which McGurk termed "its remaining sole outlet to the world".

But even as Daesh's supply routes dry up, the Syrian conflict continues to amass casualties on multiple fronts.

Assad forces have made widespread gains in the country's northwest, recently seizing rebel-held towns around Aleppo, severing supply lines with the assistance of allied militias and Russian airpower.

Thousands have fled Syria's second city, and those who remain have reportedly begun hoarding supplies in case Syrian forces besiege the former metropolis. Defense Intelligence Agency Director Vincent Stewart has said the gains have strengthened Syrian Bashar al-Assad's hand in any potential negotiations with the opposition.

U.S. officials are eyeing a key three-day international gathering in Munich that begins later this week as a watershed opportunity to broker a cease-fire in Syria's five-year conflict.

At the top of the agenda in the German city will be the development of a humanitarian corridor inside Syria, McGurk said.

"All of us have to come together as great powers-Turkey, the U.S., Saudi Arabia, Russia-and figure out a way to settle this conflict down, otherwise its going to come to haunt all of us," he cautioned.