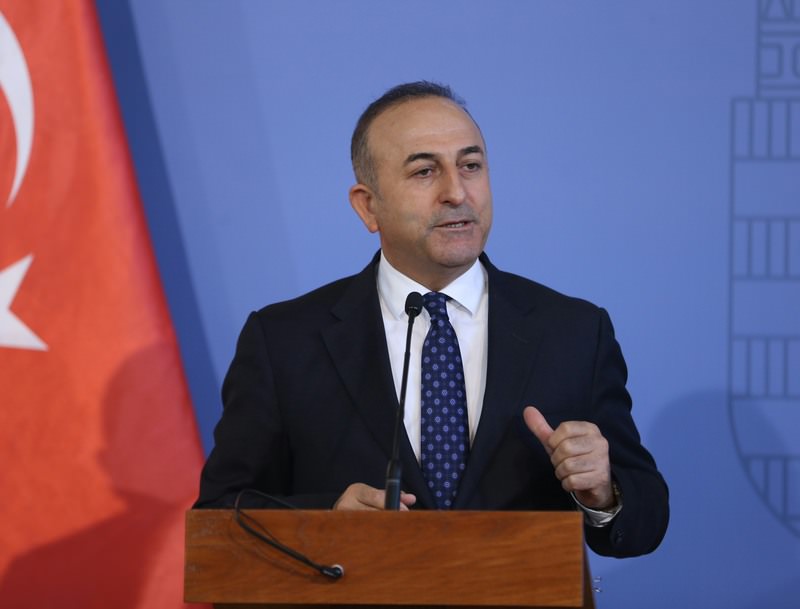 by Anadolu Agency Feb 12, 2016 12:00 am
Turkish Foreign Minister Mevlüt Çavuşoğlu on Friday spoke out against continued Russian bombing in Syria despite a truce agreed the night before.

Diplomats agreed Thursday night to work towards a temporary "cessation of hostilities" in a week's time. Foreign ministers from the International Syria Support Group meeting in Munich made the deal to secure deliveries of humanitarian aid to besieged Syrian towns and villages.

However, Russia has continued airstrikes in Syria.

"Despite the agreement we made last night, Russia continued bombing the civilians," Çavuşoğlu said in a panel discussion on the EU and the refugee crisis at the Munich conference. "They killed 16 civilians this morning."

The minister described how the Russian attacks and a ground offensive by government troops had created a new wave of tens of thousands of refugees headed towards Turkey.

"They have been targeting schools and hospitals as well," he said. "Therefore these people flee from these Russian bombings."

Russian Foreign Minister Sergey Lavrov had said his country would continue airstrikes against groups designated as terrorist organizations by the UN.

Çavuşoğlu said Turkey had not closed its doors to the refugees, with 10,000 arriving in Turkey. However, he said border controls were in place to control the flow of refugees.

"We did not close the borders? We received 10,000 of them. But due to the security reasons, as Turkey is the first target for Daesh and terrorist organizations in the region, we need to have controlled migration to Turkey."

Tents have been set up for refugees currently waiting on the Syrian side of the border and Turkey has been supplying aid in the run-up to resettling the refugees in new camps.

He reiterated that Turkey has taken in 2.5 million Syrians and 200,000 Iraqis escaping conflict in their home countries.

However, he warned that the country's capacity to accept further refugees was stretched. "Obviously Turkey cannot host another two, three million refugees or asylum seekers," he said. "Nobody can do that."