US wants 'concrete actions' from Russia after Munich deal 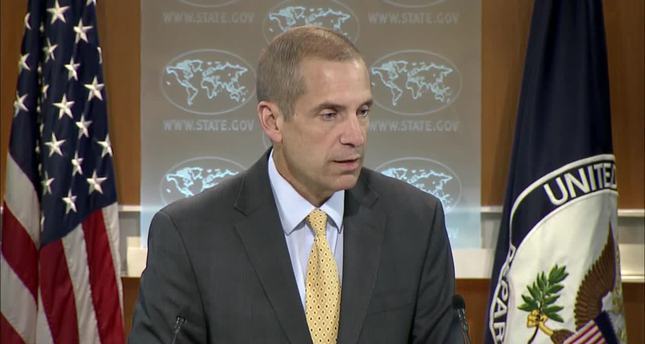 by Anadolu Agency Feb 13, 2016 12:00 am
Russia can show it's commitment to a deal to stop the fighting in Syria by translating its words into "concrete actions", the U.S. said Friday.

The cessation of hostilities agreed to Thursday by a group of international and regional powers was "a pause" in the fighting to allow a process for political transition in Syria to get back on track, Toner said, stressing that the group -- co-chaired by U.S. and Russia -- should be allowed to implement the deal which it began work on Friday.

"What was agreed to yesterday in that room, among all the stakeholders in that room was that they would exert what influence they had," Toner said.

"I know we often talk about Russia's influence on Assad and the regime and Iran's as well, who's also in the room ... We would welcome Russia's turning its air power to the real enemy on the ground, which is Daesh. And it would be a strong signal to the regime as well, of course."

The deal reached in Munich calls for a halt in the fighting in Syria with the goal of achieving a durable "cease-fire" in the near future.

Asked to comment on Syrian President Bashar al-Assad's remarks that he would continue "fighting terrorism" until he retakes his entire country, Toner said he was "deluded" if he believes that there was a military solution to the war in Syria.

Since launching airstrikes in Syria at the end of September, Russia has come under international criticism amid reports Moscow is targeting civilians and Syrian opposition groups in an effort to prop up the Assad government.

Russian airstrikes have forced more than half-a-million residents to flee their homes and flow into Turkey and other regional states.