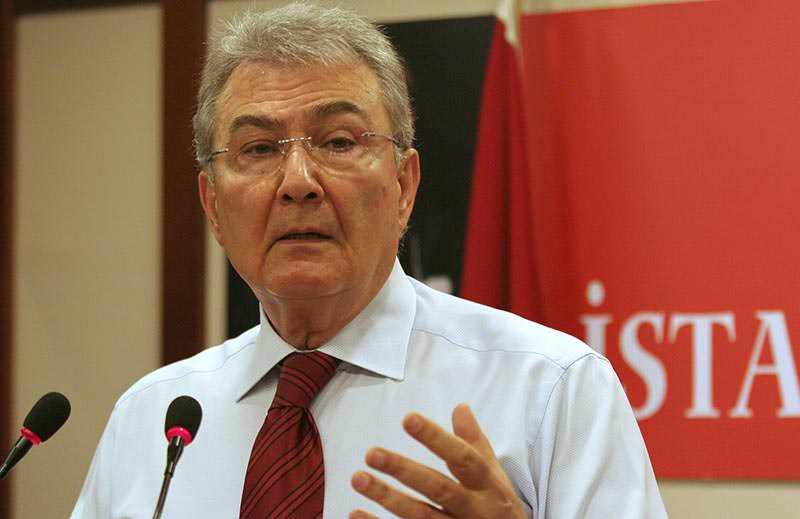 The shelling comes in response to artillery strikes near the Turkish border. The deputy emphasized that Turkey has the right to attack the YPG in efforts to keep the Azaz-Aleppo route accessible to the Syrian opposition. Commenting on Turkey's recent military operations against the YPG, Baykal said that the shelling has proven to be effective at the moment, raising claims that there is evidence of a massacre underway in Aleppo.

Baykal said that the PYD is aiming to join its cantons located along the Turkish-Syrian border.

He said that the YPG fighting DAESH is not even a matter of discussion, stating that "In order to achieve its agenda on the border, [the PYD] is removing non-Kurdish people who are living in Arab villages, forcing them to migrate in efforts to modify the demographics [in the region]." Responding to a question raised about a potential war between Turkey and the YPG amidst the shelling of YPG targets, Baykal said that Turkey's use of howitzers cannot be described as a declaration of war.

"Turkey aims to keep the Azaz-Aleppo route accessible with efforts to prevent a major assault, massacre and influx of new refugees by shelling the YPG. Turkey has the right to interfere and, so far, the strikes have proven effective," he said. He said there is no authority in Syria right now and, at the moment, any further steps taken by the YPG would not only result in an influx of refugees but also a massacre. He further urged the U.S. not to turn its back on the matter and said: "As the current process will change the identity of history, no one has the right to say, 'do not interfere with the matter.'" Baykal also criticized Russia's involvement in Syria, stating that its actions only serve the political agenda.

In response to questions regarding the CHP administration, Baykal strongly criticized current chairman Kemal Kılıçdaroğlu for what he called poor management and a lack of initiative. He emphasized that there is an administrative issue within the CHP and that the party has crossed the line of the Peoples' Democratic Party (HDP). He said there needs to be a firm adjustment in the party and that the CHP has to question itself. He also said that there is a loss of hope among party members regarding the current state of the party and that taking a negative stance against the president has become a stance against the entire state, which, he says, is faulty.

Speaking at the ruling Justice and Development Party's (AK Party) weekly parliamentary group meeting on Tuesday, Prime Minister Ahmet Davutoğlu praised Baykal's remarks and urged opposition parties to support the government rather than speaking on behalf of Russia. He said that there is a dire need for a "national" opposition party.
Last Update: Feb 16, 2016 5:44 pm
RELATED TOPICS