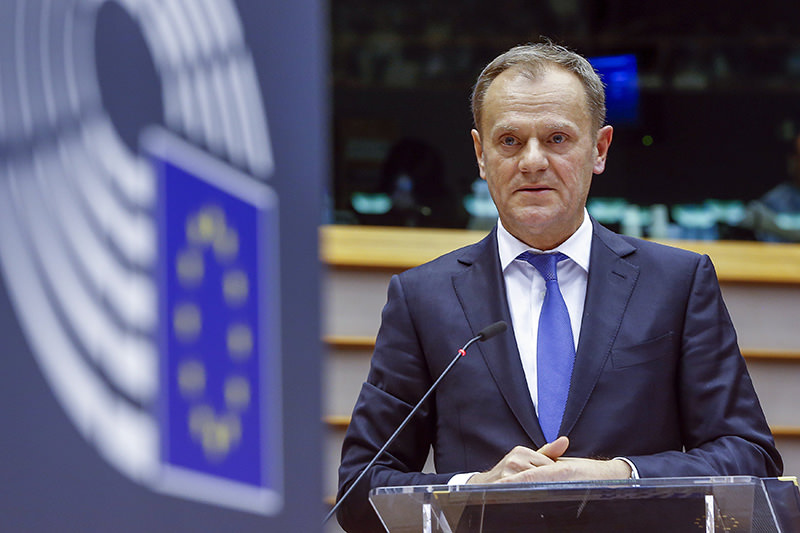 European Council President Donald Tusk will meet Prime Minister Ahmet Davutoğlu and President Recep Tayyip Erdoğan this week ahead of a summit on Turkey and EU cooperation over the refugee crisis.

The European Council said in a statement Tuesday that Tusk will meet Davutoğlu in Ankara Thursday where he will also lay pay his respects to the 29 victims of the recent Feb. 17 terrorist attack. Tusk will meet Erdoğan separately in Istanbul Friday.

Turkey will meet the EU's 28 leaders on March 7 for a wide-ranging summit on the worst refugee and migrant crisis facing the bloc since World War II. Davutoğlu is expected to attend the meeting.

Hosting more than 2.5 million refugees, the highest number in the world, Turkey is a major transit country for refugees and migrants seeking to enter Europe via the Aegean.

Under a refugee action plan, the EU agreed to offer 3 billion euros to meet the needs of refugees hosted in Turkey, visa liberalization for Turkish citizens and speeding up accession talks in exchange for the candidate country stemming the flow of refugees seeking to enter Europe via Greece.