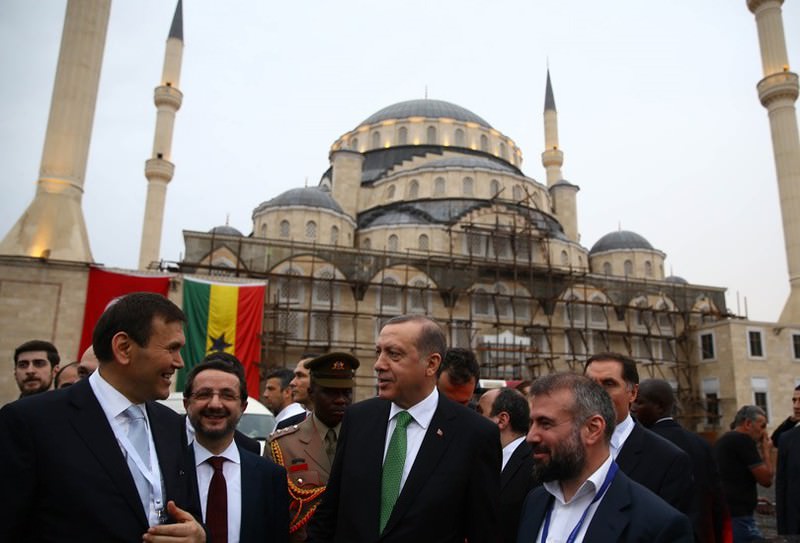 Noting that he was delighted by the speed of construction of the mosque, Erdoğan said"This mosque has a great importance not only for Accra, but all of Ghana.''

Stating that the mosque is built on a 40-acre land in the capital, he said "This mosque, God willing, will be an institution for religious education."

Earlier on the same day, the Ghanaian president John Dramani Mahama announced that the new Ghana National Mosque will be open within three months.

"I would like to express appreciation on behalf of the Muslim community of Ghana to Turkey's president and the people of Turkey for the assistance that is being offered to build a new national mosque which will be finished in the next two or three months. It is being built by Turkish foundations with support from the Turkish government"Mahama said.