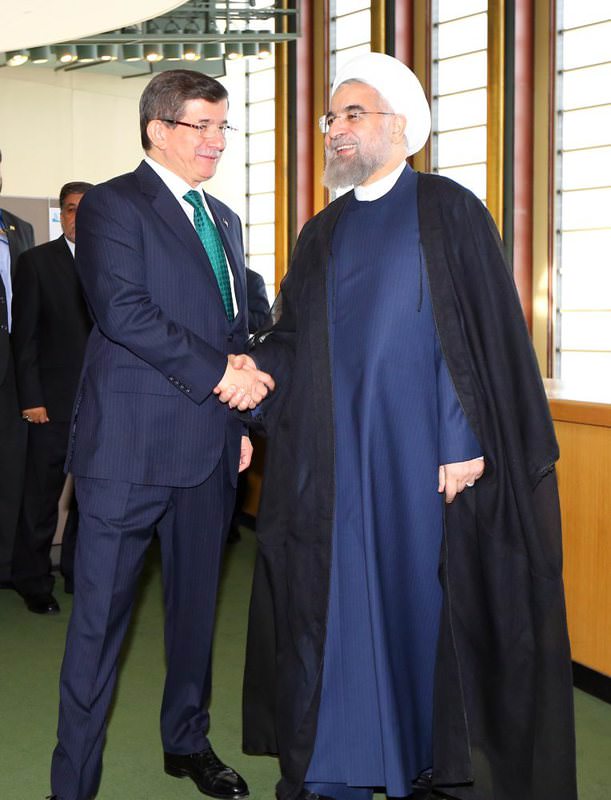 by Daily Sabah Mar 04, 2016 12:00 am
Prime Minister Ahmet Davutoğlu will pay an official visit to Iran Friday and Saturday to discuss bilateral ties and regional developments. In April 2015 President Recep Tayyip Erdoğan paid an official visit to Tehran and Davutoğlu's visit will be highest level visit between the two neighbors for almost a year. Syria and the different views to end the five-year civil war remain the biggest matter of concern for the two countries. Davutoğlu is expected to discuss the Syrian conflict and the implementation of the Russian and U.S.-brokered cease-fire that went into force in last week. After the removal of sanctions Iran has emerged as a new center of attraction for the world's largest economies as well as Turkish business that seeks to find new markets.

Because of this, economy is also expected to be a major item on Davutoğlu's agenda. Prior to Davutoğlu's visit, Union of Chambers and Commodity Exchanges of Turkey (TOBB) President Rıfat Hisarcıklıoğlu and his delegation visited Tehran to strengthen business ties. Underlining the importance of the Iranian market for Turkish business, Hisarcıklıoğlu said that Turkey should not lose Iran to its competitors and added, "During our fruitful visit Iran also expressed their willingness to increase cooperation."

President Recep Tayyip Erdoğan recently said that if Russia had not seen the Assad regime as the means to hang on to power in the Mediterranean and if Iran had not adopted a sectarian foreign policy, the world would may not have witnessed the current situation in Syria. He said if Iran had not stood next to Assad with its sectarian-driven policies, war-torn Syria may not be in its current situation, where thousands of Iranian troops and several Shiite militia groups from Lebanon and Iraq are fighting alongside the regime.
RELATED TOPICS