PKK is a terrorist group for EU, Mogherini says 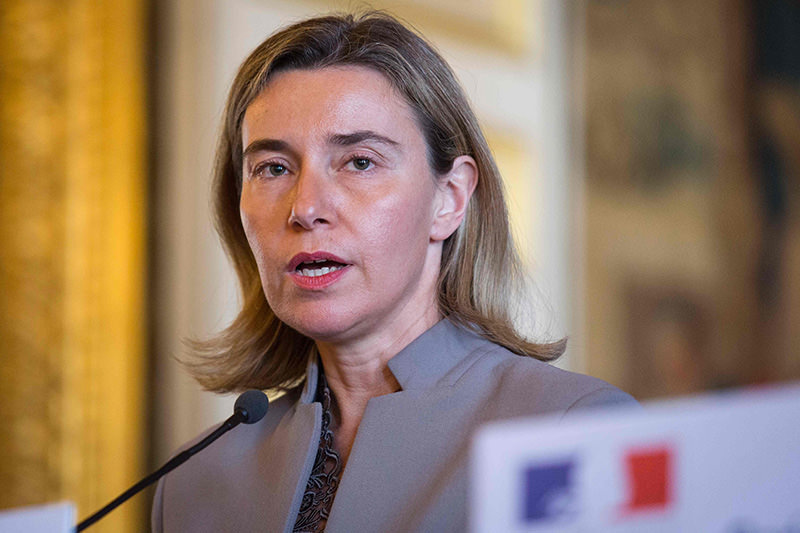 Speaking to reporters after the EU Foreign Ministers meeting, "Today is the day of solidarity both in words and in action," Mogherini said.

Mogherini made the comments upon a question on whether EU's actions matched its discourse regarding solidarity with Turkey against the PKK terrorist group.

"As you know very well, for the EU, the PKK is a terrorist organization from all perspectives. We see the PKK as a terrorist group for its activities both in and outside the EU and we remain loyal to this," Mogherini said and added that the terror issue will be discussed with Prime Minister Ahmet Davutoğlu during the EU Council meeting.

Despite being listed as a terrorist group by the EU, the PKK continues its activities in European countries, such as Germany, Austria, Belgium, France, and Greece. In addition, PKK members attend to European Parliament meetings from time to time.

Meanwhile, the PKK also continues its activities which provide the group with financial support within the borders of the European Union.

On Monday, Turkish security officials reportedly told Reuters that a female member of the PKK terrorist organization was one of two suspected perpetrators of the Ankara attack.

Evidence has been obtained that one of the bombers (named Seher Çağla Demir) was a female member of the PKK who joined the militant group in 2013, the security officials reportedly said. She was born in 1992 and was from the eastern Turkish city of Kars, they said.