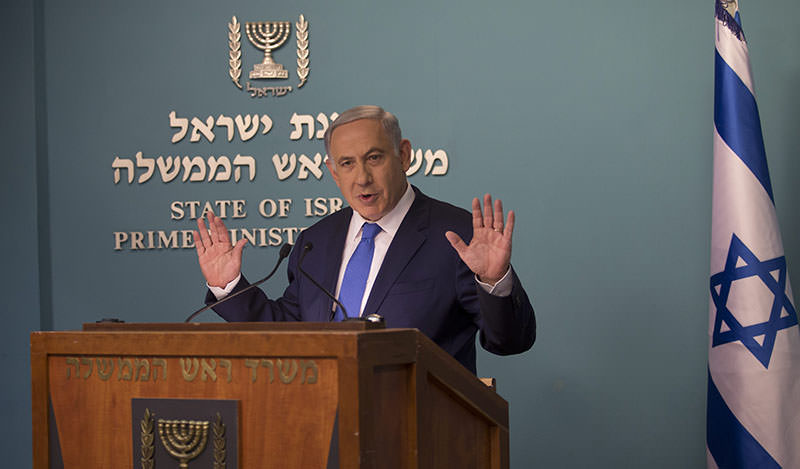 Prime Minister of Israel, Benjamin Netanyahu, speaks during a press conference in relation to the terror attacks in Brussels on 22 March, at his office in Jerusalem, Israel, 23 March 2016 (EPA Photo)
by Daily Sabah Mar 24, 2016 12:00 am

Israeli Prime Minister Benjamin Netanyahu said on Wednesday that he hopes relations between Turkey and Israel will be normalized next month, following diplomatic talks.

According to reports, Netanyahu told a press conference in Jerusalem that Turkish and Israeli representatives will meet in April, which he said will mend relations between the two countries, which had been damaged following the Mavi Marmara incident in 2010.

A suicide bomber killed four people and injured 36, seven of them in critical condition, in Istanbul's busy Istiklal street on Saturday.

Simha Siman Demri, Yonathan Suher and Avraham Godman from Israel were killed in the bombing.