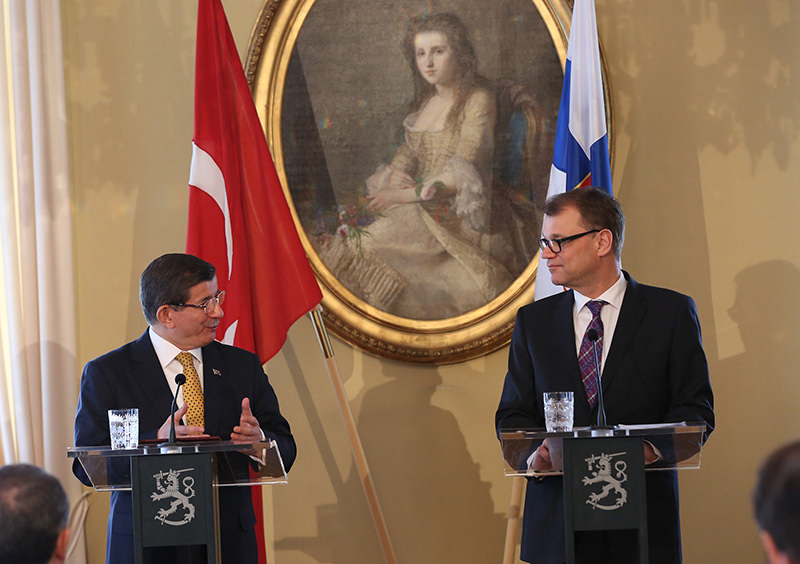 Addressing a press conference at the Ankara airport before his official visit to Finland Tuesday night, Davutoğlu acknowledged Finland's "one of the best humanitarian attitudes" for refugees.

About refugees dispatched to Europe Monday under an agreement between Turkey and the EU, Davutoğlu said some among them were sent to Finland.

He said Finland was one of the European countries that accepted refugees from the first stage. "We have the same point of view with Finland on the Syrian issue and share a joint stand against the humanitarian issue," he said.

"We are deeply striving to improve our economic relations. Our trade volume is around $1.5 billion, which we wanted to increase," he said.

In Helsinki, on Wednesday, Davutoğlu held a live press conference with his Finnish counterpart Juha Sipilä. Davutoğlu said the number of illegal migrants arriving in Greece from Turkey had fallen to 350 in the last two days, which shows that the readmission agreement between the European Union and Turkey to try to stem the flow was working.

Under the agreement, irregular migrants will be returned to Turkey from Greece in a one-for-one exchange for refugees at Turkish camps.

Around 2.7 million Syrians who have fled the civil war in their country are being sheltered at camps inside Turkey.