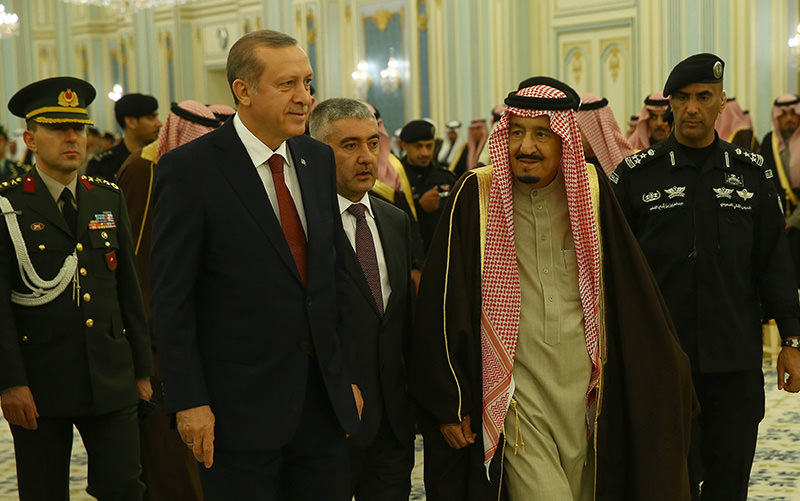 Saudi Arabia's King Salman will arrive in Turkey's capital Ankara on Monday as part of an official visit to the country and as President Recep Tayyip Erdoğan's guest, a statement from the Turkish Presidency said. Salman will later attend to the summit of the Organization of Islamic Cooperation (OIC) in Istanbul on April 14 and 15.

Regional and international issues are expected to be discussed in meetings between Turkish and Saudi officials. The two countries have developed close relations in recent years on issues like the ongoing civil wars in Syria and Yemen, along with Iran's role in the region's conflicts.

Meanwhile, Turkey and Saudi Arabia greatly differ on their relations with Egypt, where democratically elected President Mohamed Morsi was toppled by a coup led by current President Abdel Fattah el-Sissi in 2013. King Salman was in Egypt over the weekend as part of an official visit, in which an investment fund of $16 billion was made, along with other agreements totaling $1.7 billion. The two countries also agreed on the transfer of two islands in Straits of Tiran from Egypt to Saudi Arabia. As two visits follow each other, it is likely that Salman will try to persuade Turkey and Egypt to adopt a closer position in bilateral relations and cooperation on regional issues.

Officials from Egypt are also expected to be in Turkey to attend the OIC summit in Istanbul.

Turkish media outlets reported that intensive preparations are underway for the King's visit in Ankara. A hotel in the capital will solely serve Salman and the Saudi delegation, while around 500 Mercedes-Benz vehicles were rented for Saudi delegation.