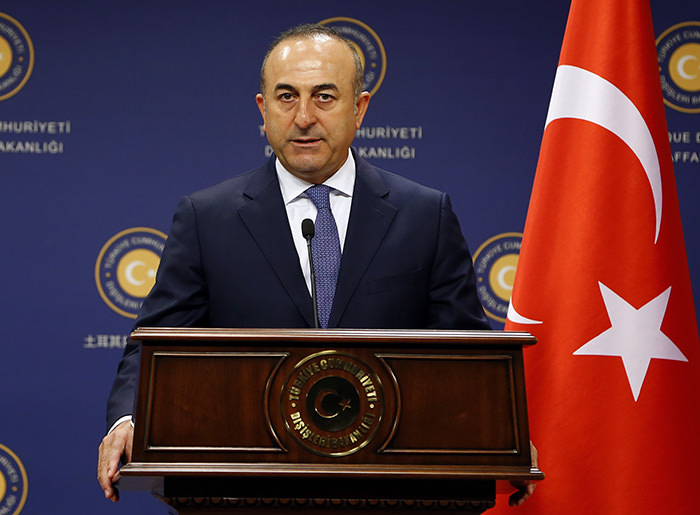 "Global indifference" to the plight of refugees has not changed despite the harrowing images of Alan Kurdi washed up on a Turkish beach, Foreign Minister Mevlüt Çavuşoğlu wrote in a Canadian newspaper.

In the article in The Globe and Mail, he criticized this "sad – but brutal – comment on our collective humanity." Writing ahead of a U.N. World Humanitarian Summit to be held in Istanbul next month, Çavuşoğlu said the "power of images and social media, so effective for celebrity purposes, seems to have fallen flat on its face in mobilizing assistance to those less fortunate. "Indeed, since Alan's death, countless more innocents – men, women and children – have died completely preventable deaths."

In the article, which appeared Thursday, Çavuşoğlu said there could be "no excuse" for the world turning a blind eye to the humanitarian crises unwinding around the globe. He said 125 million people currently need humanitarian assistance and 60 million have been displaced. He said that these numbers reflected the world's "inability and unwillingness to tackle them." Turkey is leading the way by setting an example and galvanizing the international community, he said.

More than 3 million refugees are in Turkey – the largest refugee population in the world – for which the country has incurred a financial cost it "has had to assume largely on its own." Çavuşoğlu said Turkey's humanitarian assistance did not stop at its own backyard, but extended to trouble spots, such as Haiti, Somalia and Indonesia. Calling on world leaders to attend the May 23-24 summit in Istanbul, Çavusoğlu recalled the "overwhelming grief" that affected him on seeing the pictures of Kurdi's body. "I would like to believe that we have learned something from that photograph and that we do not need more images like it to compel us into action," he said. "We are all responsible for what happens next to those vulnerable people who are looking to us for help. Istanbul is an opportunity to step up and shoulder that responsibility."