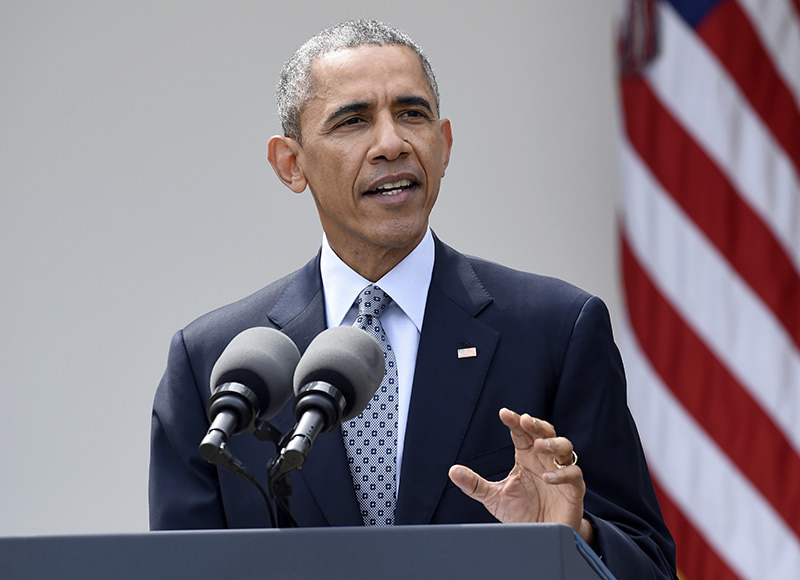 U.S. President Barack Obama did not label the 1915 events "genocide" in a statement released on Friday as he has for the past eight years.

This year's statement came two days earlier than the April 24 Armenian Remembrance Day, which commemorates the date when deportations in Istanbul began in 1915.

In the statement, which was longer than previous ones, Obama defined the 1915 events as the first mass atrocity of the 20th century. He praised the role of the U.S. ambassador to the Ottoman Empire at the time, Henry Morgenthau, Sr., who was the source of most reports and records on the atrocities. Obama also mentioned Polish jurist Raphael Lemkin, who had studied the 1915 events and later coined the term 'genocide' during World War II and laid the groundwork for genocide convention.

Obama also pointed out the importance of historical remembrence to prevent such event from occurring in the future. "I have consistently stated my own view of what occurred in 1915, and my view has not changed. I have also seen that people and nations grow stronger, and build a foundation for a more just and tolerant future, by acknowledging and reckoning with painful elements of the past," he said.

"We continue to welcome the expression of views by those who have sought to shed new light into the darkness of the past, from Turkish and Armenian historians to Pope Francis."

Obama also praised Armenian-Americans that arrived to the U.S. as refugees and formed an important of the nation, along with Armenia accepting 17,000 Syrian refugees.

Top White House officials previously told Armenian-American leaders on Thursday that Obama will not use the term "genocide."

Aram Hamparian, executive director of the Armenian National Committee of American (ANCA), said that White House National Security officials informed Armenian community leaders that Obama would commemorate his final Armenian Remembrance Day on April 24 without describing the mass Armenian deaths as genocide, an important defeat for Obama's backers because he said before his election that he was going to recognize the Armenian genocide.

He only used the term "Medz Yeghern," Armenian for the "Great Catastrophe," to describe the Ottoman government's decision to exile hundreds of thousands of Armenian civilians, which ended in their deaths in circumstances Turkish and Armenian scholars do not agree on. Armenians accuse the Ottoman Empire of committing genocide in 1915 by killing 1.5 million Armenian Ottoman subjects.

Hamparian accused Obama of "caving in to pressure from Turkey" and "betraying his commitment to speak honestly about the Armenian Genocide." He also blamed the Obama administration for its inaction in recent clashes between Armenia and Azerbaijan.

Meanwhile, thousands of Turkish-Americans are also expected to march from the White House to the Turkish Embassy on April 24 and a 24-hour vigil is organized on Massachusetts Avenue where Armenian claims were protested.

The coordinator of the march, the Turkish American Steering Committee (TASC), which represents more than 140 nongovernmental organizations, sent a letter to the White House on Monday and asked Obama not to term the events of 1915 as any crime. The letter, co-signed by prominent Turkish-American lawyer Gunay Evinch and businessman İbrahim Uyar, said Obama should give the Turkish-American community the benefit of the doubt and acknowledge Turkish and Muslim suffering while encouraging honest dialogue and reconciliation.

A bipartisan group of representatives from the House last year introduced the Armenian-lobby-backed Armenian Genocide Truth and Justice Resolution, aiming to officially recognize the Armenian genocide. The number of the co-sponsors for House Resolution 154 has increased 66 since last year. A congressional source said the Armenian lobby was still pressuring more congressmen to sign up for the resolution, however it is not likely for it to pass through the Committee on Foreign Affairs.