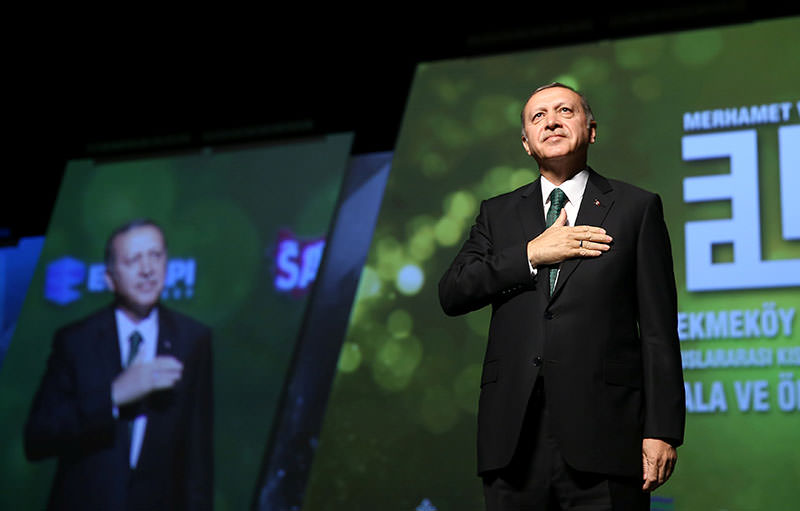 President Erdoğan said the EU visa liberalization deal would speed up negotiations with Turkey and called on the EU to show more a determined stance in the fight against terrorism. Foreign Ministry spokesman Bilgiç also said Turkey would implement visa liberalization policies in line with Erdogan's recent statements

With the debate on visa liberalization for Turkish citizens traveling to the EU's Schengen zone ongoing, President Recep Tayyip Erdoğan issued a statement yesterday on the occasion of Europe Day in which he said that Turkey's membership in the EU is a strategic goal and that he hopes the visa liberalization deal with the bloc will accelerate the country's accession process.

The European Commission's recently issued report that recommends lifting the visa requirement for Turkish citizens also urges Turkey to revise legislation and policies on terrorism to gain visa-free travel. In this respect, Erdoğan said once again that the EU needs to show a more determined stance in the fight against terrorism, referring to the controversial tent erected in March by PKK supporters near the European Council building in Brussels. Along with Erdoğan's remarks, Foreign Ministry spokesman Tanju Bilgiç told the media on Monday that Turkey will develop necessary policies on visa liberalization and execute them in line with Erdoğan's stance. In the official statement, Erdoğan began with praise for the EU for embracing democracy, human rights and rule of law. He then urged the EU to follow a stronger and more consistent foreign policy in these critical times. Explaining that EU membership is a strategic goal for Turkey, Erdoğan further said: "I hope that the visa exemption … will constitute a positive step in fulfilling the promises made and speed up the accession process."

Although the European Commission report recommended lifting the visa requirement for Turkish citizens, it stressed that Turkey still needs to fulfill five remaining benchmarks, which are measures to prevent corruption, data protection in line with EU standards, cooperation with EU's law enforcement agency Europol and judicial cooperation on criminal matters with all EU member states.

The most controversial remaining benchmark yet to be fulfilled is "revising the legislation and practices on terrorism in line with European standards," which Erdoğan last week criticized: "The EU is telling us to change our law on combating terrorism. [The EU] allows terrorists to raise tents and then come with requirements." Erdoğan was referring to the tent raised in March by PKK supporters near the European Council building in Brussels. During a local rally in Istanbul last week Erdoğan told the EU: "We will go our way, you go yours." Erdoğan's latest statement once more urged the EU to show a more determined stance in the fight against terrorism.

In addition to Erdoğan's statement, Bilgiç affirmed in a press conference on Monday that Ankara would establish the "necessary policies" on visa liberalization with the EU and would implement them in line with Erdoğan's recent statements. Turkey's EU Minister and Chief Negotiator Volkan Bozkır, however, said earlier last week that Ankara will not make any revisions to legislation and policies regarding terrorism as the country continues its intensive fight against terrorist organizations. He said: "The EU wants us to narrow the scope of the definition [of terrorism]. We already made the necessary changes to the anti-terrorism law in line with EU norms. The concept of immediate and obvious danger that threatens public security was introduced with these changes. However, we don't have the luxury of making these changes while the intensive fight against terrorism is ongoing."