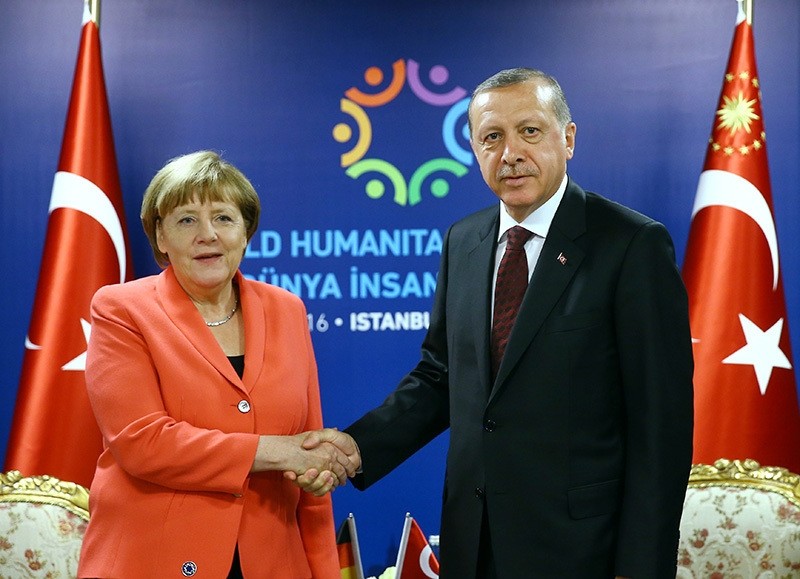 President Recep Tayyip Erdoğan and German Chancellor Angela Merkel came to a mutual agreement on Monday during the World Humanitarian Summit in Istanbul, for Turkey to continue its negotations with EU institutions for visa-free travel, according to presidential sources.

German Chancellor Angela Merkel, one of the highest profile guests at the summit, held talks with President Erdoğan on the sidelines of the UN summit.

The pair focused on the Syrian crisis and Turkey's visa-free travel process to EU during their talk, according to presidential sources. Erdoğan and Merkel reportedly agreed on the need to continue cooperation on illegal migration, and came to a mutual understanding on the continuation of negotiation talks between the EU and Turkey regarding the visa-free travel process, taking into the latter's "sensitivities and priorities" in the fight against terrorism.

The EU has promised visa-free travel for Turkey as part of the migration deal, provided Ankara meets criteria including changes to its broad anti-terrorism laws. The Turkish government has said the country cannot change such laws at a time when it is fighting the threat from both Daesh and PKK terrorists.