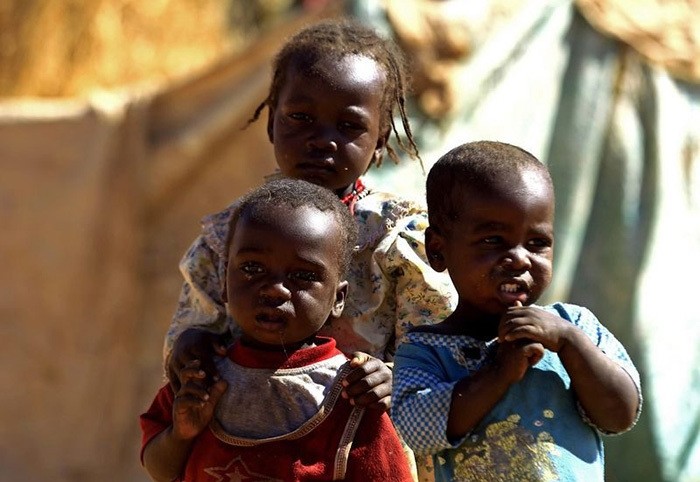 Children arrive at the Zamzam IDP camp for Internally Displaced Persons (IDP), near El Fasher in North Darfur February 4, 2015. (Reuters Photo)
by Daily Sabah May 27, 2016 12:00 am

Foreign Minister Mevlüt Çavuşoğlu said on Friday that finding a solution to problems faced by the least developed countries (LDCs) is a "human obligation."

In a speech at the U.N.'s Midterm Review Conference of the Istanbul Program of Action for Least-Developed Countries in Antalya, Çavuşoğlu said that billions spent by Ankara on development assistance was a decisive move to aid such nations.

The three-day conference in southern Turkey is a comprehensive review of how the 2011 Istanbul Program of Action has been implemented.

That program, passed at the 4th U.N. Conference on Least-Developed Countries, charts out the international community's strategy for sustainable development through 2021, with a strong focus on developing the productive capacity of LDCs.

Friday's conference was co-organized by the United Nations Population Fund and the U.N. Office of the High Representative for Least-Developed Countries.

It aims to create sustainable growth in 48 countries, which account for 12 percent of the world's population.