Germany-Turkey relations won't be destroyed, but necessary response to be given, PM says 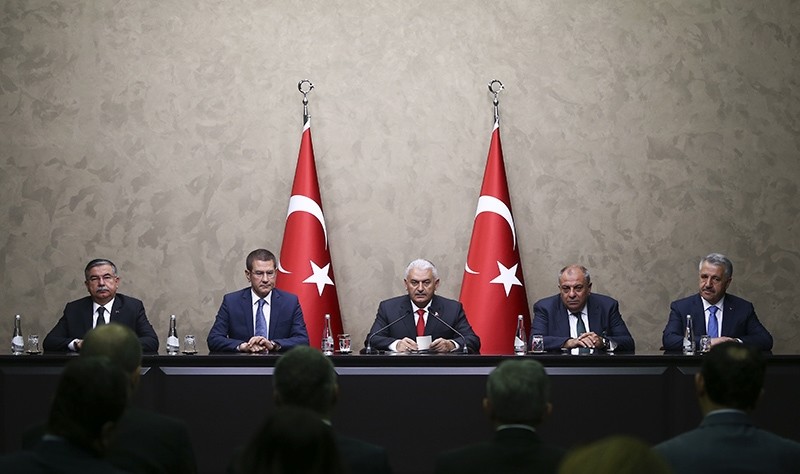 Prime Minister Binali Yıldırım said on Friday that the relations between Turkey and Germany will not be destroyed, but the necessary response will be given to Germany, which adopted a controversial resolution recognizing the 1915 events as 'genocide.'

Speaking to reporters at Ankara Esenboğa Airport before an official visit to Azerbaijan, Yıldırım said that Turkey and Germany are to important allies, and that nobody should expect relations between the two countries to completely deteriorate.

"However, this should not mean that Turkey will not react or say anything against this" the prime minister added.

Yıldırım continued by saying that only 250 German lawmakers out of the 650 participated in the controversial vote, which indicates that most members did not approve of the resolution.

The prime minister also noted that Armenia uses provocation and that it invaded 20 percent of Azerbaijan and continues to do so.