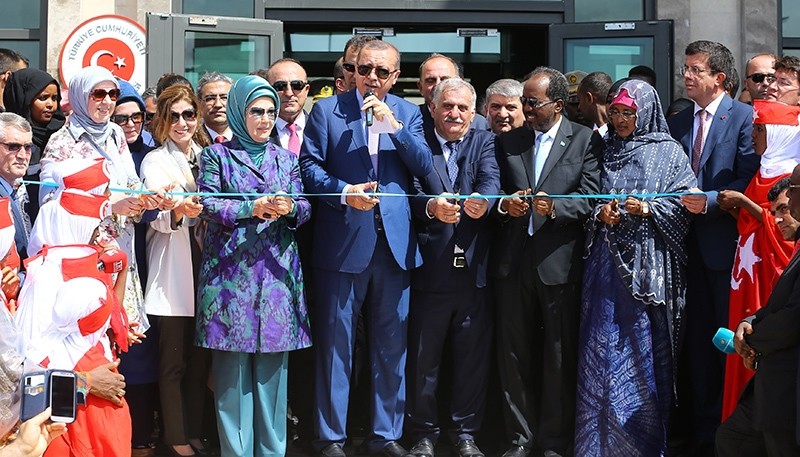 President Recep Tayyip Erdoğan arrived in Somalia Friday, on the third and last leg of his East African tour to open Turkish sponsored projects including health facilities and the largest Turkish embassy in the world.

Erdoğan and his delegation were given a warm welcomed by Somali government officials at the Mogadishu International Airport, according to the Somali National News Agency, SONNA.

The president's visit comes after his tour to Uganda and Kenya where he vowed to boost security and economic ties between East Africa and Turkey, and help bring peace in the region.

Turkey's role in Somalia has gained significance since Erdoğan's visit in 2011 as prime minister, the first head of the Turkish government to visit Somalia.

Turkey's engagement in Somalia has made visible changes to the country in many areas from health to infrastructure. Bilateral agreements have also been signed, including treaties to train the Somali national army, and Turkish Airlines has started flights to the capital of Mogadishu. Turkey's efforts have paid off, and the increasing relationship between the two states has brought attention to the region and many have started to question Turkey's involvement in Somalia.

Turkey also provided Somalia with over $400 million in the biggest aid campaign to the country in its struggle to fight starvation. Turkey is set to open its first military base in Africa at which Turkish military officers will train Somali soldiers and troops from other African countries to fight al-Shabaab, military sources said in January.