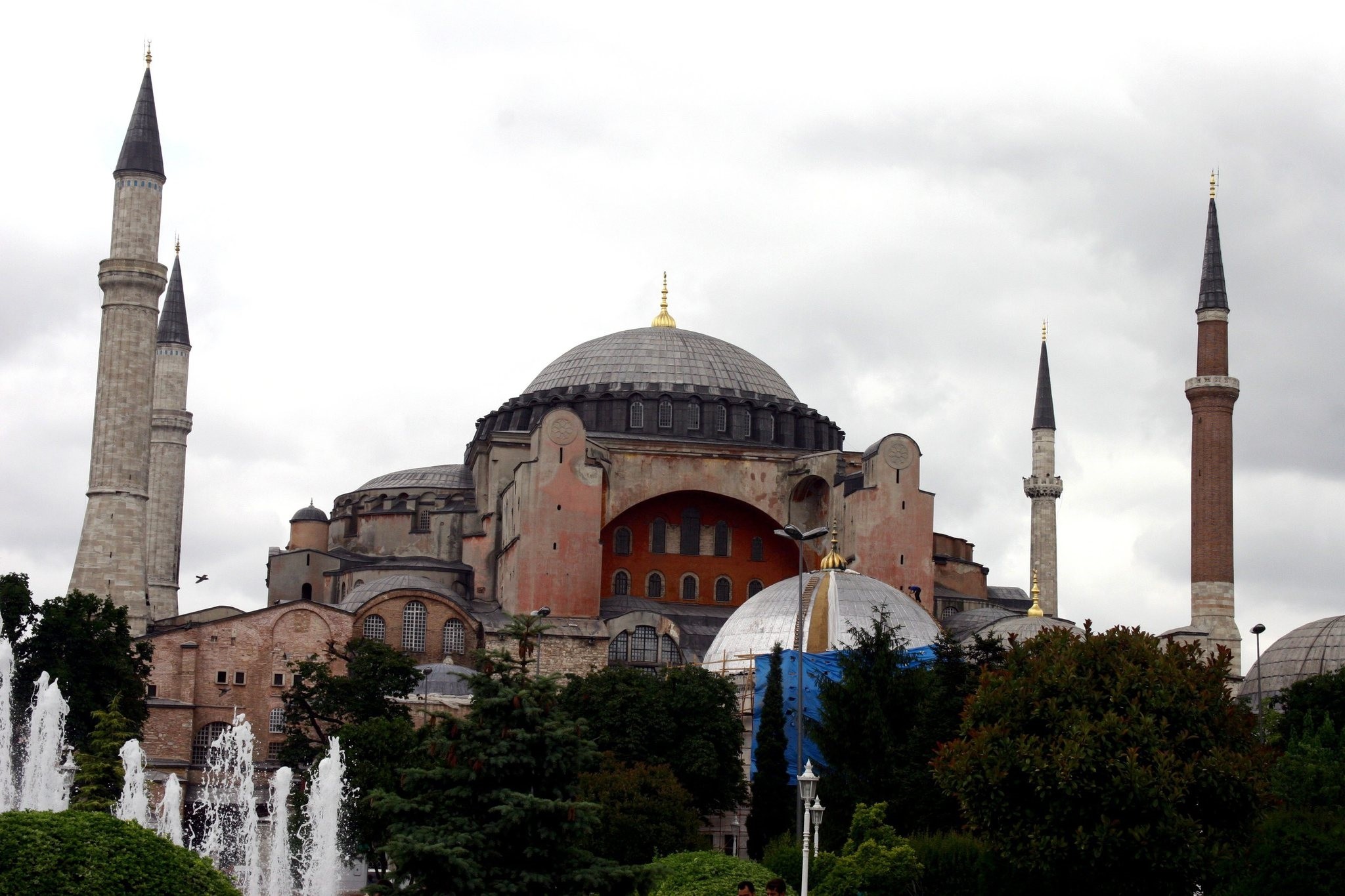 The use of the Istanbul landmark Hagia Sophia, former Byzantine cathedral and Ottoman mosque that now serves as a museum, is Turkey's internal matter, the German Foreign Ministry said Friday.

Answering a reporter's question that whether he believes Turkish people's demand to convert the Hagia Sophia into a mosque 80 years after it was transformed into a museum was a coincidence, German Foreign Ministry spokesperson Martin Schaefer said the Hagia Sophia served as a mosque for centuries and what he believes regarding the issue does not carry importance.

Reminding that the Hagia Sophia is designated as a UNESCO World Heritage site, Schaefer said Germany hopes the museum would be used without any harm to its current UNESCO status.

Built in the sixth century, Hagia Sophia, which means Holy Wisdom in Greek, was converted to a mosque in 1453 when the Ottomans conquered Istanbul, what was then called Constantinople. After the Republic of Turkey was founded in 1923, the mosque was transformed into a museum in 1935.

The edifice, a masterpiece of Byzantine architecture, features an immense dome supported by huge pillars, its walls sheathed with marble and decorated with mosaics.

After the city fell to the armies of Sultan Mehmet II the Conqueror, four minarets were added to the structure and the interior was decorated with Islamic art.