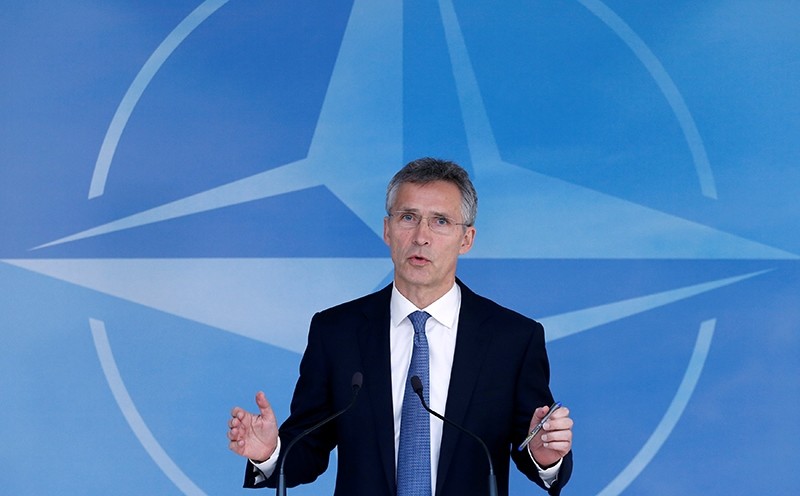 NATO Secretary-General Jens Stoltenberg briefs the media during a NATO defence ministers meeting at the Alliance headquarters in Brussels (Reuters Photo)
by Daily Sabah with AA Jun 14, 2016 12:00 am

NATO chief Jens Stoltenberg on Tuesday welcomed Italy's announcement on deploying its SAMP/T missile defense system in Turkey, while underscoring that it would contribute to ensuring security in ally Turkey.

In his briefing to the media just before NATO defense ministers' meeting at the alliance's headquarters in Brussels Tuesday, NATO Secretary- General Jens Stoltenberg said: "I welcome that Italy is going to deploy SAMP/T missile defense system to Turkey."

He said NATO had already taken several different measures for Turkey's safety, especially since the country remains surrounded by violence-hit countries such as Iraq and Syria.

He also underlined the importance of Turkey's security as a key NATO ally.

"We have different kinds of assurance measures in Turkey. AWACS surveillance planes, we have Spanish Patriot batteries and have more naval presence in eastern Mediterranean. And the Italian deployment of SAMP/T will add and augment these efforts and this is something I welcome very much. It shows the NATO solidarity," he said.

About NATO's defense budget, he said that in 2015, the alliance registered a small increase in defense spending among its European allies and Canada.

"And our estimates for 2016 indicate a further increase of 1.5 percent in real terms this year. This is progress. But I will call on allies to keep the momentum, and to do more. Because we need to match our defense spending with the security challenges we face," he said.

He added that NATO allies will take decisions to strengthen their deterrence and defense across the alliance against threats from any direction during the alliance's ministers' summit. "Over the next two days, we will pave the way for summit decisions," he said.